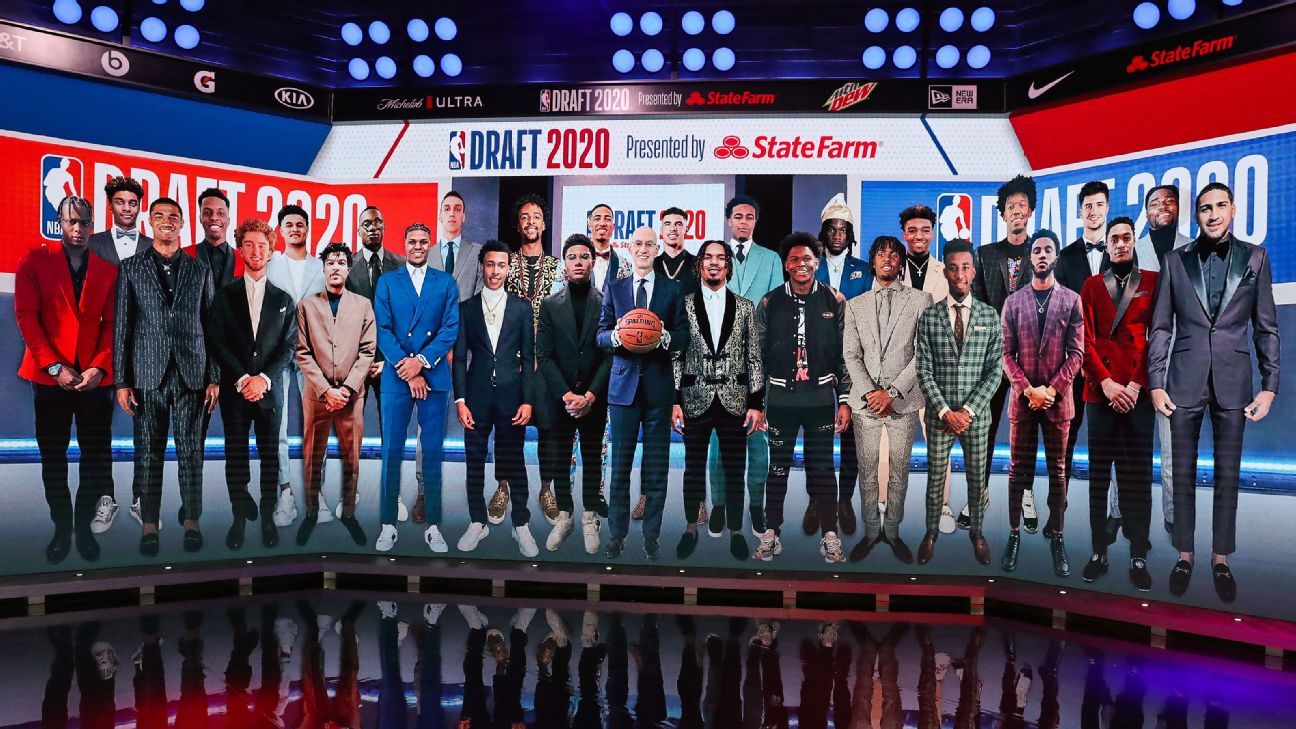 This class of NBA rookies is facing an unprecedented transition to the league. Most of them haven’t played an organized game since March, and now they are set to begin their first NBA training camp on Dec. 1, less than two weeks after being drafted.

The ongoing coronavirus pandemic deprived them of the opportunity to walk across the stage and shake the commissioner’s hand on draft night, and prevented them from having any kind of summer league or extended offseason to get ready for their first NBA season.

So a group of NBA veterans and legends shared their experiences entering the NBA and what advice they’d give to this year’s rookies as they embark on their own NBA journey.

A grades, bold predictions and surprise picks for the 2020 NBA draft

Gary Payton (No. 2 pick, 1990): “Coming into the NBA is a privilege and honor. You have to work hard and don’t take it for granted. Go in with the mindset to be the best player you can be, and for whatever organization drafts you, just try to help them win a championship any possible way you can.”

Mitch Richmond (No. 5 pick, 1988): “There’s no excuses for not working on your game — no more classes, it’s all what you put into yourself to be the best you possibly can.”

Rudy Gobert (No. 27 pick, 2013): “Don’t sweat about the position you get drafted at, what matters is what comes next. Trust your journey.”

2. Take care of your body

Darius Miles (No. 3 pick, 2000): “In high school, I was used to eating things like McDonald’s before or after games. Now, when you get to the NBA, they have food prepared for you at games, practices, everything. There was no more McDonald’s in my routine.”

Mikal Bridges (No. 10 pick, 2018): “Always stay ready and take care of your body. You never know when it’ll be your turn to get in the game and make an impact on your team. You want to make sure you’re ready when your number is called.”

Isiah Thomas (No. 2 pick, 1981): “Practice hard every single day and always outwork your opponent. When hard work becomes your daily habit, you will have success.”

Sam Perkins (No. 4 pick, 1984): “Be accountable. Use practice as a platform for your play. I looked forward to practice daily. Yes, practice was hard, but games became easier to play within the team system.”

4. Get ready for a lot more time on the road

Camby: “In college basketball, you’re playing like 30, 30-plus games. In the NBA, some teams are playing 90, 90-plus [games] with 82 in the regular season, eight preseason and then the playoffs. So, I would think that was probably my hardest adjustment, just getting myself ready on a nightly basis to compete and also to deal with the travel and wear and tear of the NBA schedule.”

Perkins: “Hardest adjustment entering the league was the travel, the practices, the number of games in my rookie year. Back-to-back games are a real adjustment.”

5. Expect a serious step up in competition

Payton: “My first two years, I struggled. I had to understand I wasn’t the best player on the floor anymore. There were a lot of people out there, night in and night out, who were better than me. I had to realize what I did in college wasn’t going to work in the pros. I was the No. 2 pick, so I had a target on my back and had to prove myself. I had to be more humble and work on my game. I thought I’d made it already when I was drafted, but that wasn’t true.”

Kendall Gill (No. 5 pick, 1990): “When I went from the University of Illinois to the Charlotte Hornets where I was drafted, I could not believe my first practice how fast Muggsy Bogues was, how fast Johnny Newman was, how fast Dell Curry and all of the other guys that were there my rookie year were. How fast they were and how strong they were. So that’s the biggest difference they’re going to have to deal with.”

Thomas: “Every single person you compete against will annihilate you, if you’re not ready to compete and win.”

Oh, and one more thing…

Gill: “Nothing’s going to be normal about this upcoming season because we are in a pandemic so [this year’s rookies] have to realize that the things they are about to go through are not normal NBA protocols. So you have to expect things that are quite frankly are not of the NBA culture right away, but hopefully the following season everything will get back to normal.”

Biggest first-round winners and losers for the 2020 NBA draft