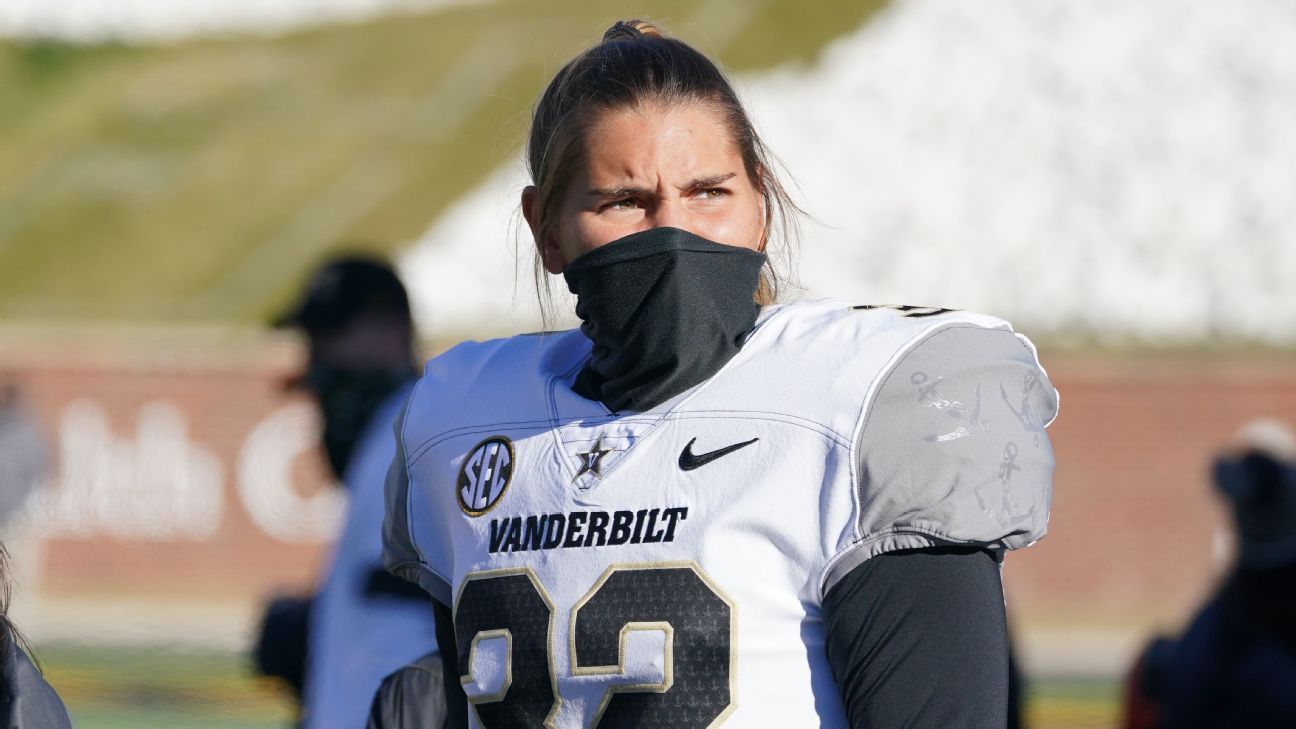 Sarah Fuller became the first woman to play in a Power 5 football game on Saturday when she delivered the opening kickoff of the second half for Vanderbilt against Missouri.

Fuller, a senior goalkeeper on Vanderbilt’s SEC championship soccer team, sent the low kick to the 35-yard line where it was downed by Missouri.

A week ago, Fuller wasn’t even on Vanderbilt’s football team. She and members of the soccer team watched on TV as the Commodores lost to No. 6 Florida.

Then, a few days later, a member of coach Derek Mason’s staff called to see if she was interested in trying out. Vanderbilt was down a number of specialists due to COVID-19 testing, and needed a kicker. Fuller went out to practice and did well enough to make the team as the only kicker on the travel roster.

Fuller took the field against Missouri with a special sticker on the back of her helmet which read, “Play Like a Girl.”

In doing so, Fuller became just the third woman to participate in an FBS football game, following in the footsteps of Katie Hnida of New Mexico and April Goss of Kent State.

“I think it’s amazing and incredible,” Fuller told Vanderbilt’s team website earlier in the week. “But I’m also trying to separate that because I know this is a job I need to do and I want to help the team out and I want to do the best that I can. Placing that historical aspect aside just helps me focus in on what I need to do. I don’t want to let them down in anyway.

“It’s an honor they called on me to be able to do this and help them out.”

In 2001, Ashley Martin became the first woman to score at the Division I level when she kicked three extra points for FCS Jacksonville State against Cumberland on Aug. 30, 2001.

Two years later, Hnida was the first woman to score at the FBS level with two successful extra points against Texas State.

Fuller, who went to high school in Wylie, Texas, began playing soccer at 5 years old. She was a three-time SEC Academic Honor Roll member at Vanderbilt.

She appeared in nine games during her senior season, making 28 saves and posting a record of 7-2.