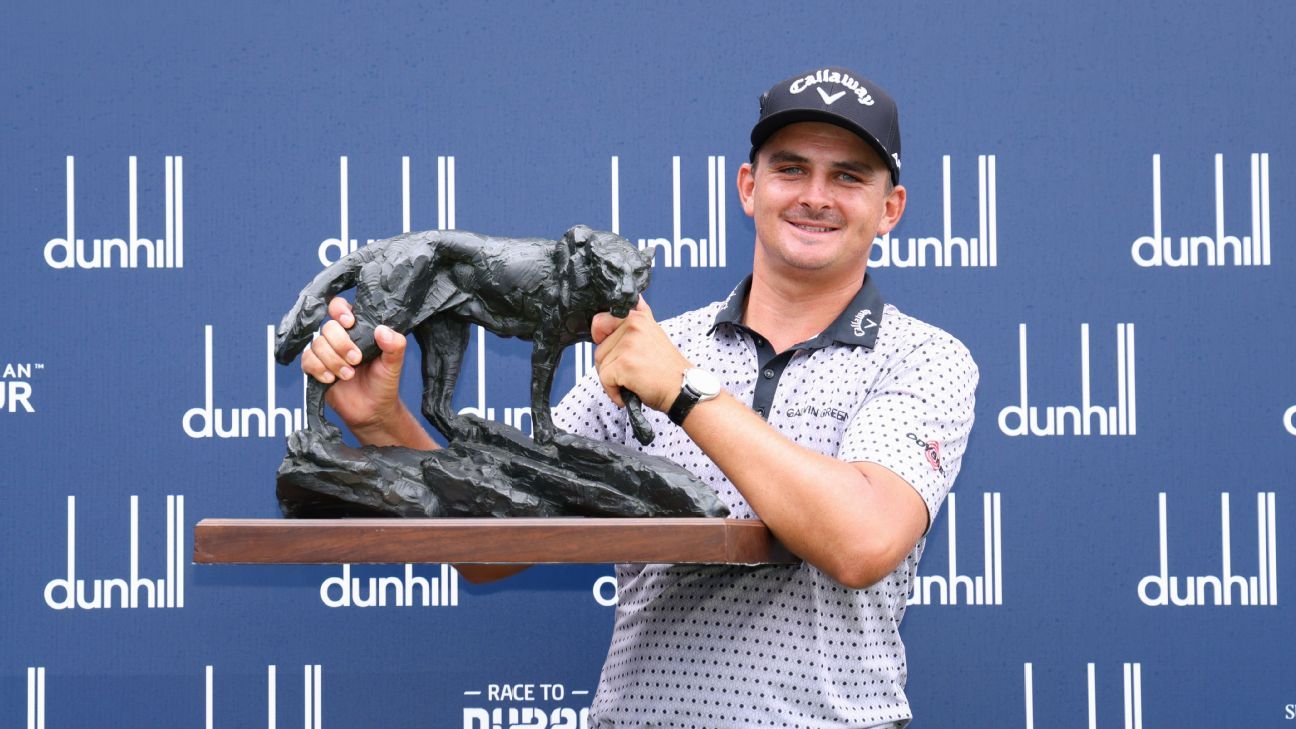 Christiaan Bezuidenhout held his nerve to win the Alfred Dunhill Championship by four shots at Leopard Creek Country Club on Sunday as the rest of the contenders faltered in a dramatic finish.

The 26-year-old South African took his second European Tour victory after birdies on the 14th and 15th holes helped him surge through a crowded leaderboard and end with a fourth-round 69 for a tournament total of 274.

Bezuidenhout, ranked 61 in the world, proved steady on the back nine as super-fast greens and tight pin positions proved the undoing of the other frontrunners.

Four golfers tied for second place, including American Sean Crocker, who was one shot behind the lead with a hole to play but hit his ball out of bounds twice on the 18th for a horror-show eight that put paid to his hopes.

Poland’s Adrian Meronk, who had led from the start of the tournament, South African teenager Jayden Trey Schaper and Englishman Richard Bland also all finished on 10-under-par 278.

Meronk fell off the top of the leaderboard with only seven holes left to play after dropping three shots on successive holes, while the 19-year-old Schaper had a wild ride on the back nine with three birdies and six dropped shots.

Bland, 47, was within two shots of the lead at the start of the last nine holes in his bid to end 15 years and some 400 appearances on the Tour without success.

But a bogey on the 15th effectively ended his hopes, and he went into the clubhouse in fifth place only to be pulled up the leaderboard as the golfers behind him — except for Bezuidenhout — crumbled in the final straight.