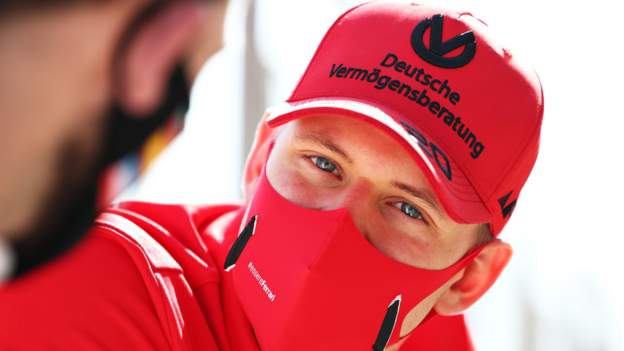 Mick Schumacher remains on course to win the Formula 2 championship after extending his title lead over British rival Callum Ilott.

Schumacher, the son of seven-time F1 world champion Michael, goes into next weekend’s season finale in Bahrain with a 14-point advantage over Ilott.

Schumacher was only seventh in Sunday’s sprint race in Bahrain.

But Cambridge-born Ilott failed to score points after colliding with Louis Deletraz.

There are two races in each F2 round – a feature race and a sprint race – with a maximum of 48 points on offer for drivers.

It is expected that 21-year-old Schumacher will follow in his father’s footsteps by landing a seat in Formula 1 with American team Haas next year.

The Ferrari academy driver was due to make his grand prix debut in practice at the Nurburgring last month but the session was cancelled because of bad weather.

Little is known of his father’s medical condition following his skiing accident in the French Alps almost seven years ago.

Schumacher won 91 races and seven world championships. Lewis Hamilton surpassed the German’s win record in Portugal in October before drawing level with him on seven titles at the Turkish Grand Prix earlier this month.