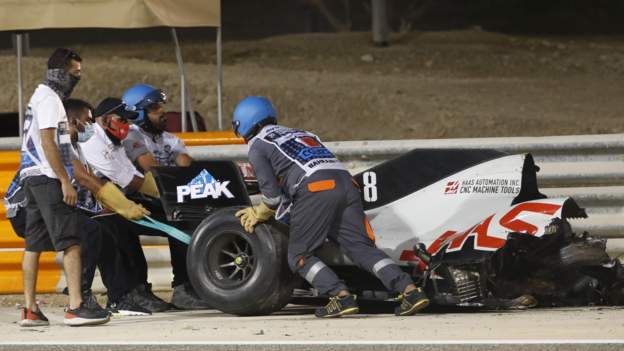 Romain Grosjean has been taken to hospital with minor burns and injuries after a terrifying, fiery accident at the Bahrain Grand Prix.

The Frenchman’s Haas pierced the barrier, split in two and burst into flames on the first lap of the race, which was stopped.

Grosjean’s car was embedded in the barrier on its side and the driver appears to have been saved by the halo head-protection device.

He has suspected broken ribs and minor burns to his feet.

“It’s a miracle that he’s alive,” said 1996 world champion Briton Damon Hill who was Ayrton Senna’s team-mate at the 1994 San Marino Grand Prix when the Brazilian champion was killed.

Medical car driver Alan van der Merwe said: “It was a big surprise for us as well, we’ve never seen that much fire in 12 years.

“Romain started to get out of the car himself which was pretty amazing after an accident like that. It was a relief to see he was OK.” 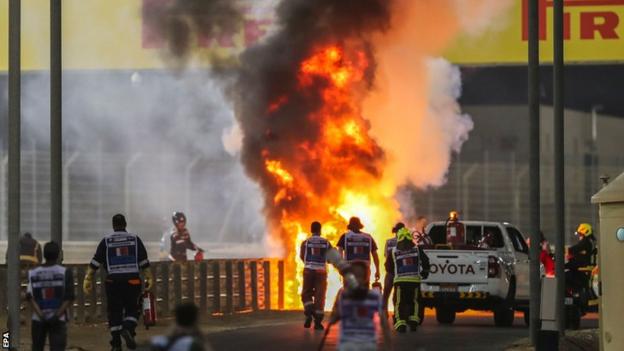 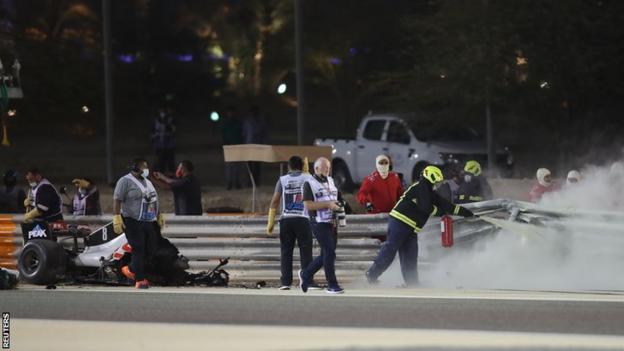 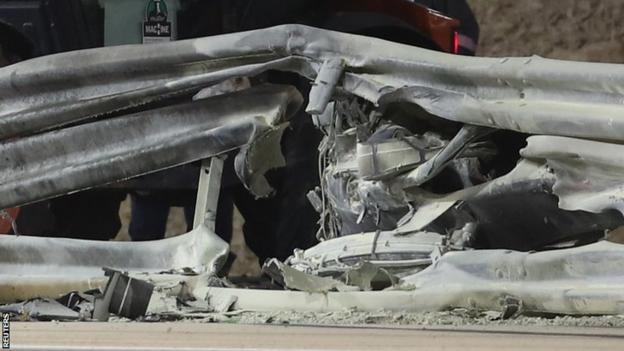 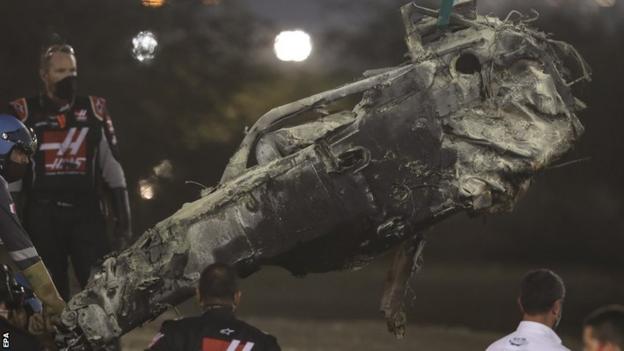