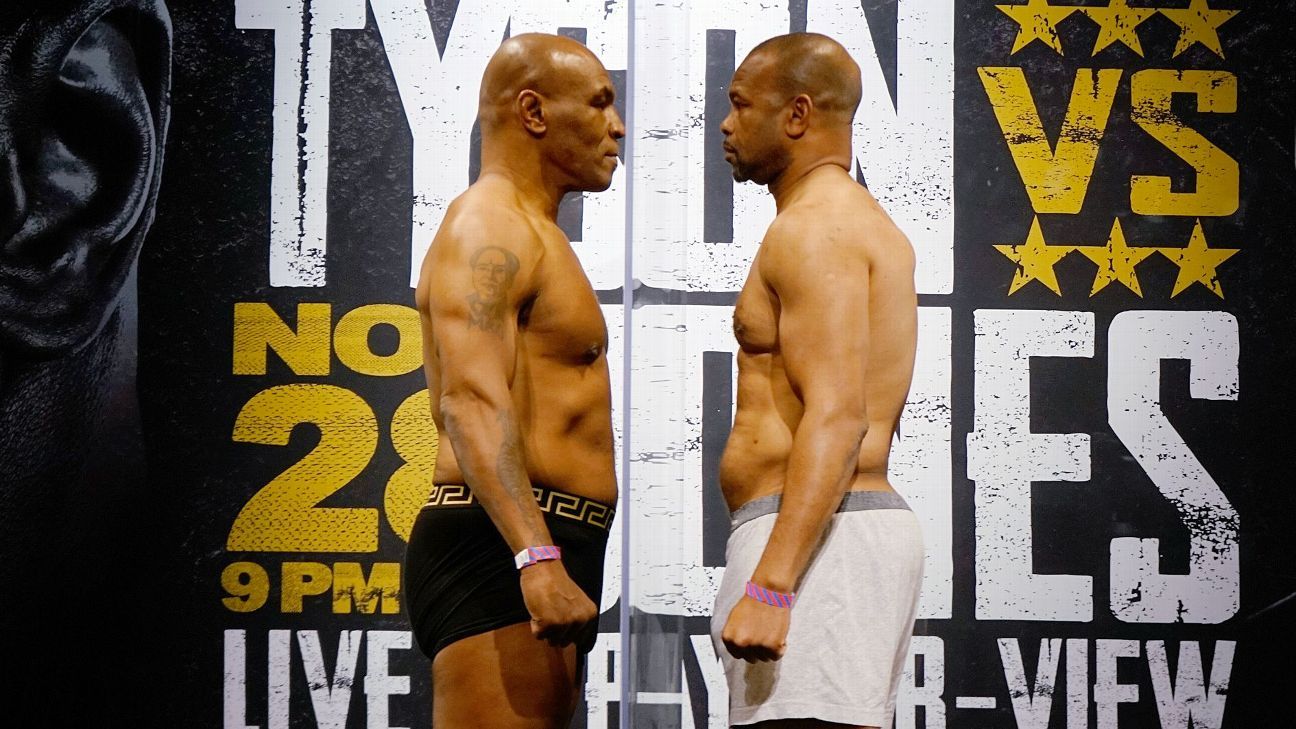 After the eight-round bout at Staples Center in Los Angeles, Tyson, who last fought in 2005, said he will “absolutely” do another exhibition.

Both fighters showed flashes of their former glory but ultimately Tyson overwhelmed Jones with his heavy hitting, breaking down Jones after the fourth round. Tyson outlanded Jones 67-37 with 35 body punches, according to CompuBox.