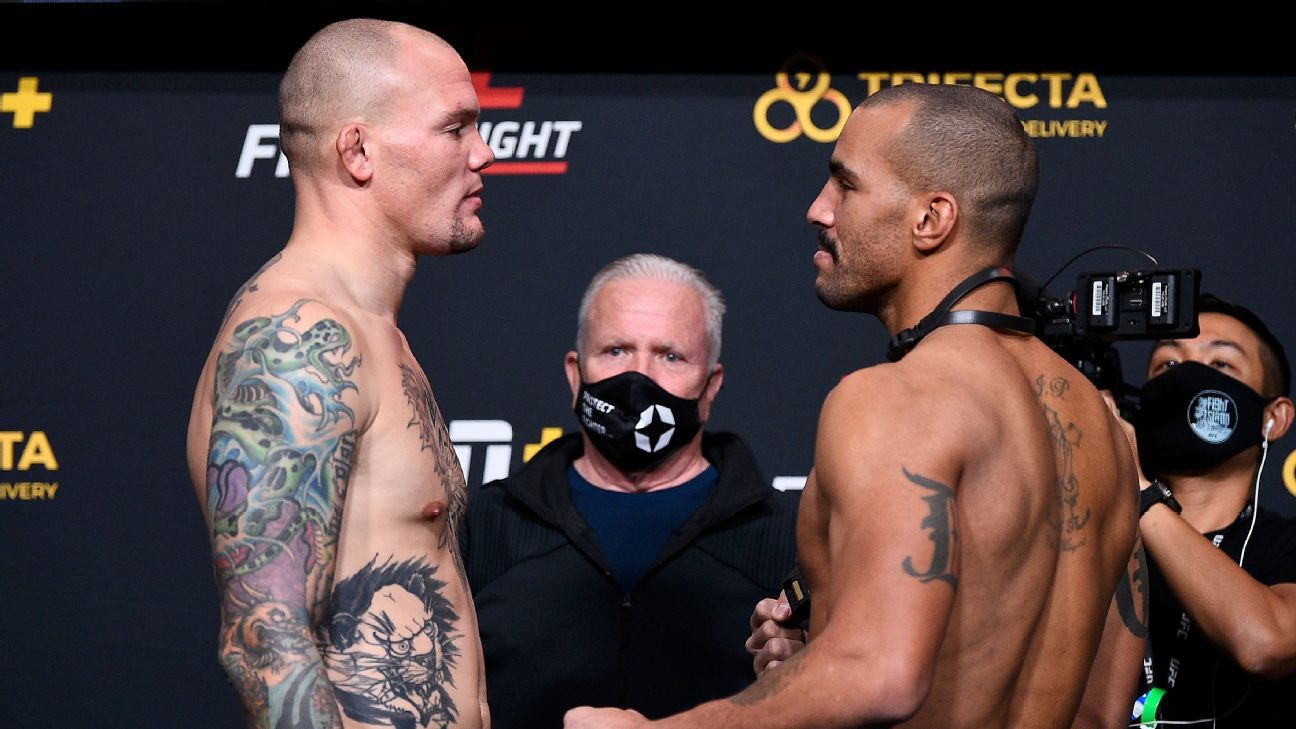 The UFC light heavyweight contender is a trusted studio analyst on broadcasts and always there when the promotion needs him in a big spot. Smith was called upon again Friday.

With the heavyweight contender main event between Curtis Blaydes and Derrick Lewis canceled due to a positive COVID-19 test, the UFC tabbed Smith for the headlining spot. Smith was scheduled for the co-main event against Devin Clark at UFC Fight Night on Saturday in Las Vegas. Now, Smith vs. Clark will be the headliner.

This will be Smith’s seventh consecutive UFC main event. He is the only fighter to never win a UFC title who has done that. In addition, this is the second straight time Smith has been asked to move up to the main event. In August, Smith’s bout against Aleksandar Rakic was elevated after the cancellation of Yair Rodriguez vs. Zabit Magomedsharipov.

How much of a stalwart is Smith? He asked the UFC to make his fight against Clark five rounds, even though he had been training for only a three-round co-main event. And so it is, and it will be a huge opportunity for both men.

Smith (33-16) has lost two straight and is trying to get back on track. The Omaha, Nebraska, native fought then-champion Jon Jones for the UFC light heavyweight title in a losing effort at UFC 235 in March 2019. Smith, 32, has fallen out of ESPN’s top-10 light heavyweight rankings but is still just a short winning streak away from being a contender again.

Clark (12-4), meanwhile, has never had this kind of platform. The South Dakota native has won two in a row but has never even fought as high as a co-main event in the UFC. Clark, 30, should be well-prepared for Smith, though. Clark is a longtime teammate of Jones at JacksonWink MMA in Albuquerque, New Mexico.

In a bout now acting as the co-main event, a pair of rising welterweights in Miguel Baeza and Takashi Sato will square off. Baeza (9-0), a training partner of Colby Covington, is a legitimate prospect and coming off a knockout of veteran Matt Brown in May. Sato (16-3) knocked out Jason Witt in just 48 seconds in his last bout in June.