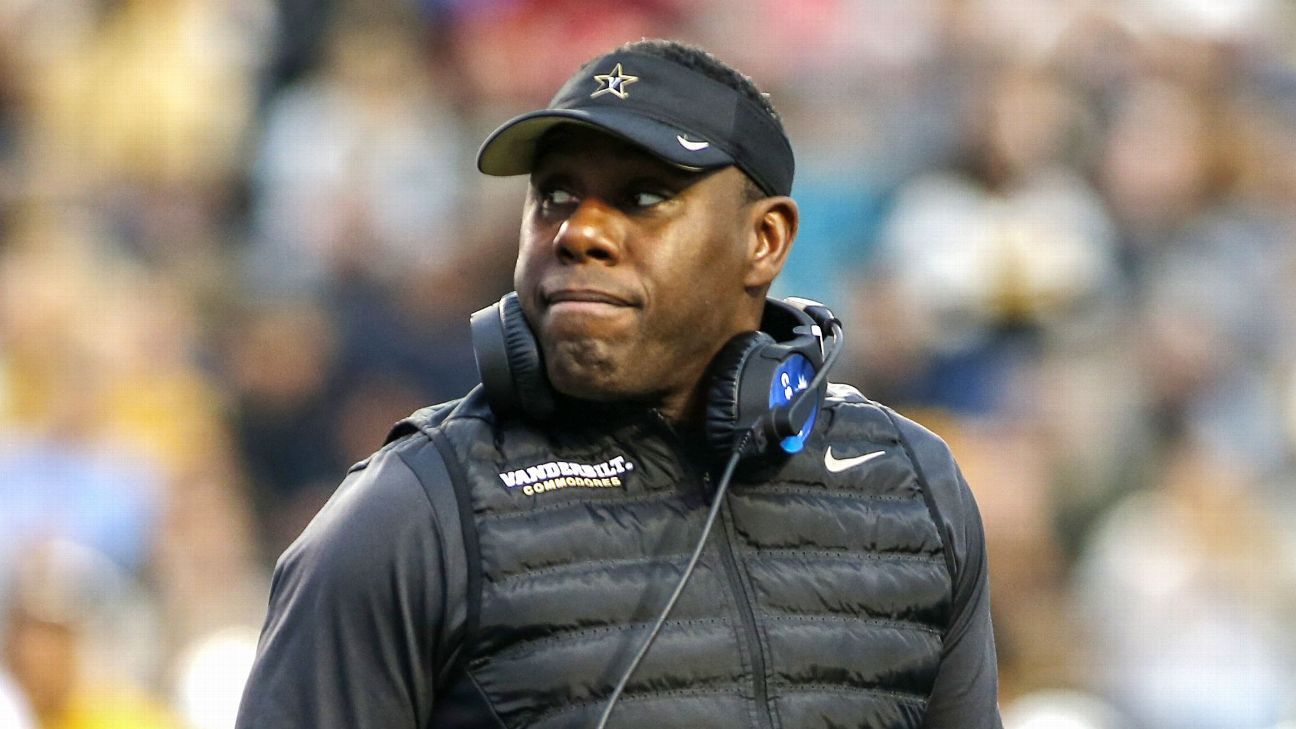 Vanderbilt has parted ways with coach Derek Mason as the Commodores are winless in 2020, the school announced Sunday.

Mason was 27-55 at the school, including a 0-8 mark this season against only SEC opponents. The Commodores have lost 12 straight SEC games, the longest active streak for a Power 5 school.

“On behalf of the entire Vanderbilt community, I want to extend my deepest gratitude to Coach Mason for his many years of dedication and service leading our football program,” athletic director Candice Storey Lee said in a statement. “Derek cares deeply about the student-athletes under his charge. His tenure at Vanderbilt will be remembered for his steadfast commitment to our student-athletes, not only on the field, but in the classroom and as young people.”