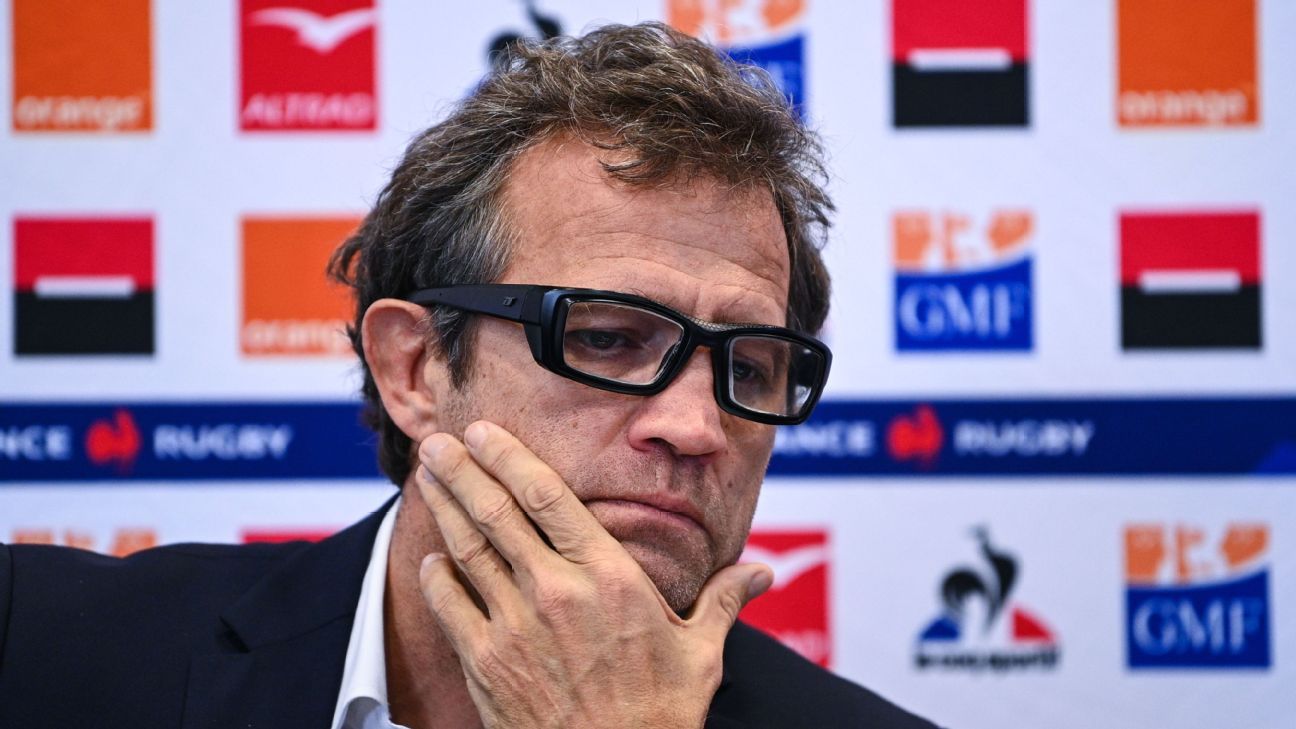 France will be without a number of their top players for the Autumn Nations Cup final against England after coach Fabien Galthie confirmed he would not be seeking to change a rule that restricts players from competing in more than three international games.

The agreement with the Top 14 means that Galthie will be without captain Charles Ollivon as well as Antoine Dupont, Virimi Vakatawa, Gregory Alldritt, Gael Fickou, Baptiste Serin and Teddy Thomas among others.

“We just have to go forward and deal with what we have,” Galthie said on Sunday.

“You cannot ask the players to come into the squad, leave, and come back again.

“It’s too difficult for a player. Club rugby and international rugby are two different things.

“We make do with what we have in an environment that’s not ideal.”

France will also be without first-choice fly-half Romain Ntamack who has been ruled out through injury.

The injuries and agreement with the Top 14 means France will be without all of the starting XV that beat England in the Six Nations in February.

Eddie Jones’ England will not have a similar problem as they made an agreement with the Gallagher Premiership sides which means players are available for extra internationals this year.

“England are a nation who do not lose a lot and they are going to play with their best team. They’re probably the best team in the world right now since South Africa have not been playing,” Galthie added.