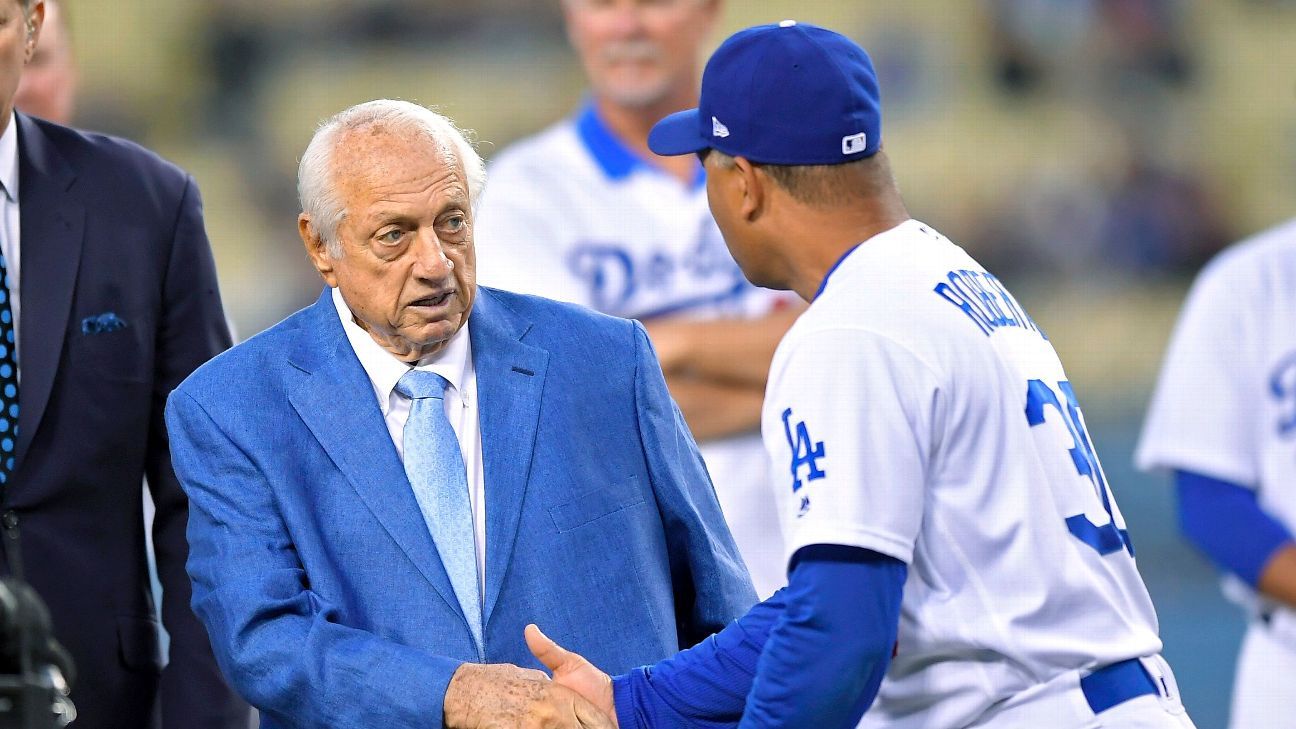 FULLERTON, Calif. — Hall of Fame manager Tommy Lasorda has been moved out of intensive care, although he remains hospitalized in Southern California.

Los Angeles Dodgers spokesperson Steve Brener said Tuesday that the team’s former manager, who is 93, is doing rehab at a hospital in Orange County. Lasorda has been hospitalized since Nov. 8, although the team didn’t make it public until a week later.

Lasorda attended the Dodgers’ Game 6 victory over the Tampa Bay Rays on Oct. 27 in Texas that clinched their first World Series title since 1988.

Lasorda had a record of 1,599-1,439 while managing the Dodgers from 1976 to ’96, guiding them to World Series championships in 1981 and ’88. The franchise won four National League pennants and eight division titles under Lasorda. He had a heart attack in June 1996 and retired from managing the Dodgers the following month.

In 2000, Lasorda managed the U.S. Olympic baseball team to a gold medal at the Sydney Games.

In 2012, Lasorda was hospitalized in New York after having a heart attack.