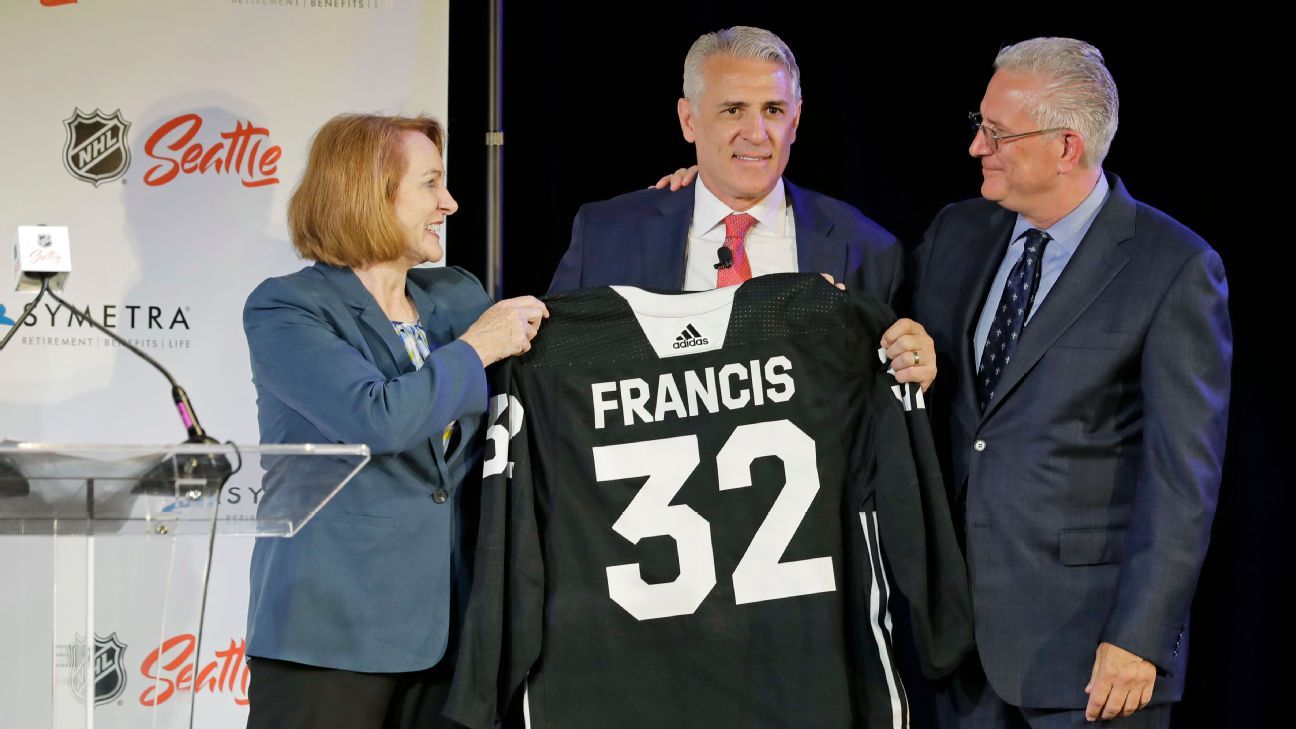 The expansion Seattle Kraken haven’t established a timeline for naming their first head coach, citing uncertainty regarding the 2020-21 NHL season.

“No real rush on the timeline there. We still don’t have an understanding of what the 2020-21 season is going to look like, and how many games that they’ll play,” general manager Ron Francis told ESPN on Tuesday.

The Kraken are on schedule to join the NHL in the 2021-22 season, which the league intends to be an 82-game campaign. The Seattle expansion draft will be held after the upcoming season.

As a point of comparison, the Vegas Golden Knights announced their first head coach, Gerard Gallant, on April 13, 2017, just over two months before their expansion draft.

Francis said the Kraken are “comfortable waiting for a bit” before naming their first coach.

“We want to get a lay of the landscape before making that decision,” he said.