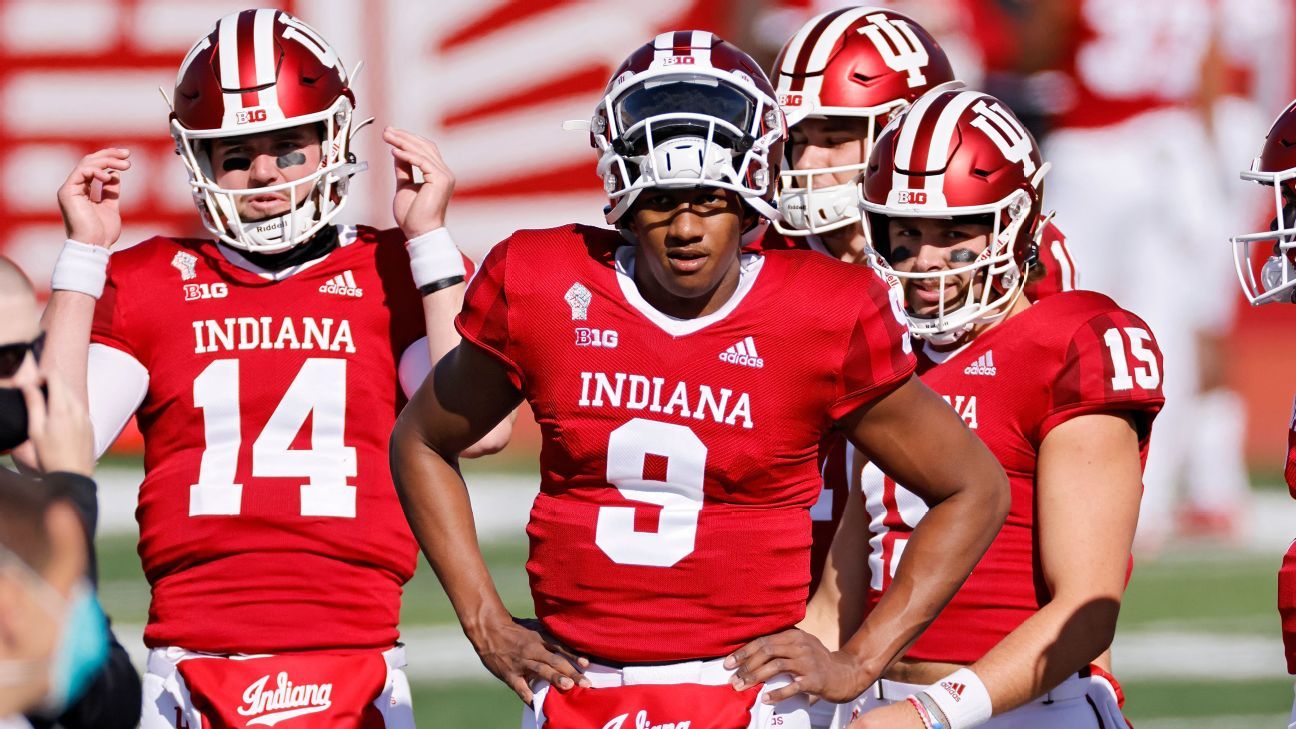 Indiana starting quarterback Michael Penix Jr. will miss the remainder of the season after suffering a torn ACL in Saturday’s win against Maryland.

Coach Tom Allen on Monday confirmed the injury, which is to the same ligament Penix tore as a true freshman in 2018. He ended up redshirting the season. Penix suffered the injury while scrambling out of bounds at the Maryland 5-yard line with 4:36 left in the third quarter. The 12th-ranked Hoosiers won the game 27-11.

Jack Tuttle, a transfer from Utah, replaced Penix against Maryland and will start this week when Indiana visits No. 16 Wisconsin. Tuttle completed all five of his pass attempts for 31 yards against Maryland, and drew praise from Allen for staying prepared.

Penix had 1,645 pass yards and 14 touchdowns with four interceptions, to go along with two rushing touchdowns this season. His 2-point conversion lifted Indiana over Penn State in overtime of the season opener, and he passed for a career-high 491 passing yards and five touchdowns Nov. 21 in Indiana’s 42-35 loss to No. 4 Ohio State. Injuries have cut short all three of Penix’s seasons at Indiana, as he suffered a clavicle injury last November that required surgery.

“It’s a tough situation for all of us, heart breaks for Michael,” Allen said. “It’s just tough, it’s hard. Really feel for him and all he’s worked to get back and the way he was playing.”

Allen spent time with Penix before learning of the injury diagnosis and tried to prepare the quarterback for what could come next.

“It attacks the core of who you are,” Allen said, “and how you’re going to respond surely to things that happen that don’t seem fair, and when there’s no really good answer for why. That’s the case here. You basically fall back on what you believe in, you fall back on your faith, you fall back on all the people that care the most about you. And you battle. You fight. You don’t back down.

“Michael’s got some big-time long-term goals, and it’s going to take tremendous grit to fight through this.”

Indiana sits in second place in the Big Ten East Division behind Ohio State. But if Ohio State has one more game canceled, it would not qualify for the Big Ten championship game unless the average number of games played drops below six. Indiana already has reached the six-game threshold required to play in the title game.

“To me, it’s about every group elevating 1%, every position group, every phase of the game,” Allen said. “Our defense has played phenomenal this year. That needs to be elevated.”

Tuttle, a native of San Marcos, California, was a decorated recruit for Utah, where he did not see the field in 2018 before transferring.

“I know he hasn’t played a lot here on game day, but has a big-time arm and he’s got tremendous football instincts and football IQ, and is extremely bright,” Allen said. “But I think his greatest quality is his work ethic.”