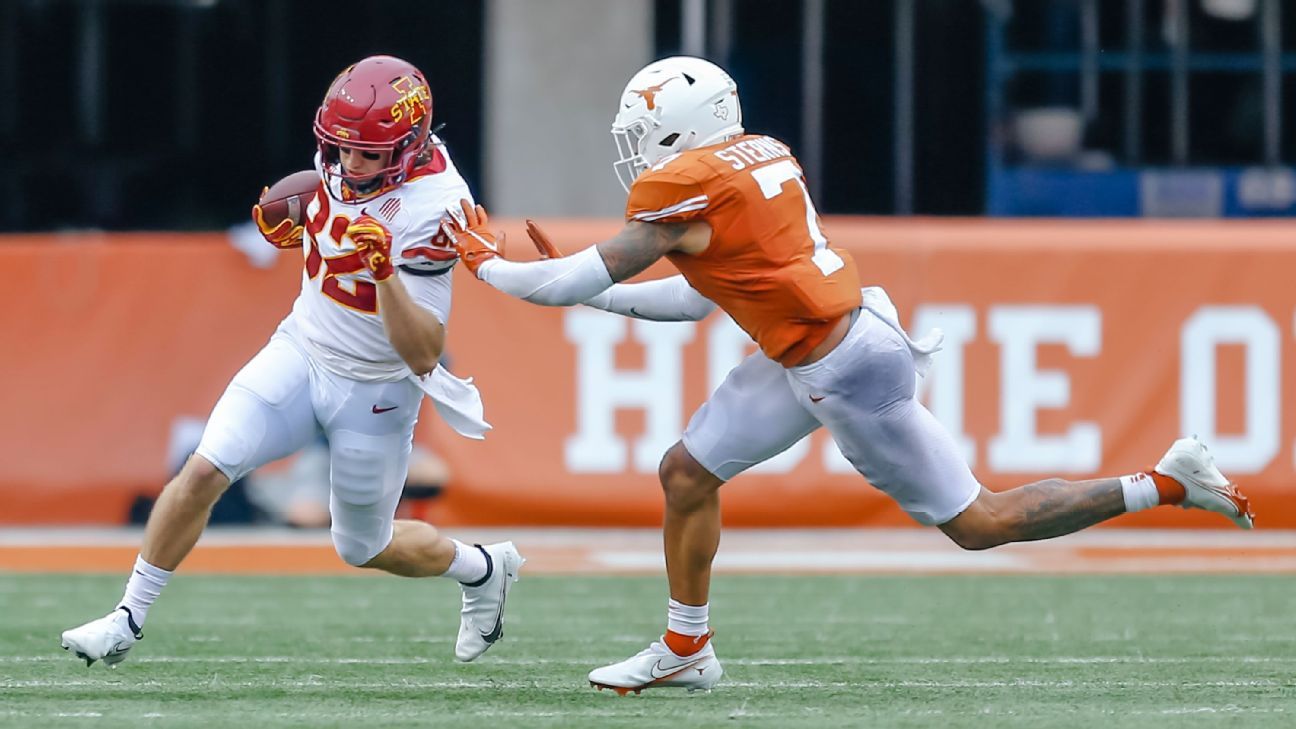 Texas defensive back Caden Sterns is opting out to begin preparation for the NFL draft, he announced Monday.

Sterns, the Big 12 freshman of the year in 2018, is tied for second on the team with 52 tackles in seven games, to go along with an interception and three pass breakups.

The Cibolo, Texas, native made 28 career starts for the Longhorns and had a team-high 172 tackles (125 solo), eight pass breakups and five interceptions.

Sterns is the second Texas player to opt out this week, joining offensive tackle Samuel Cosmi, a potential top-10 draft pick. Texas, which has two regular-season games left, fell out of contention for the Big 12 title game after Friday’s loss to Iowa State.

“I’ll always look back at my time in Austin as some of the best years of my life, especially with my teammates who have become my brothers,” Sterns wrote in a statement posted to Twitter. “I want to thank Coach [Tom] Herman, Coach [Chris] Ash and all of my coaches for guiding me in taking my game to the next level and all they’ve done for me throughout my career at UT.”