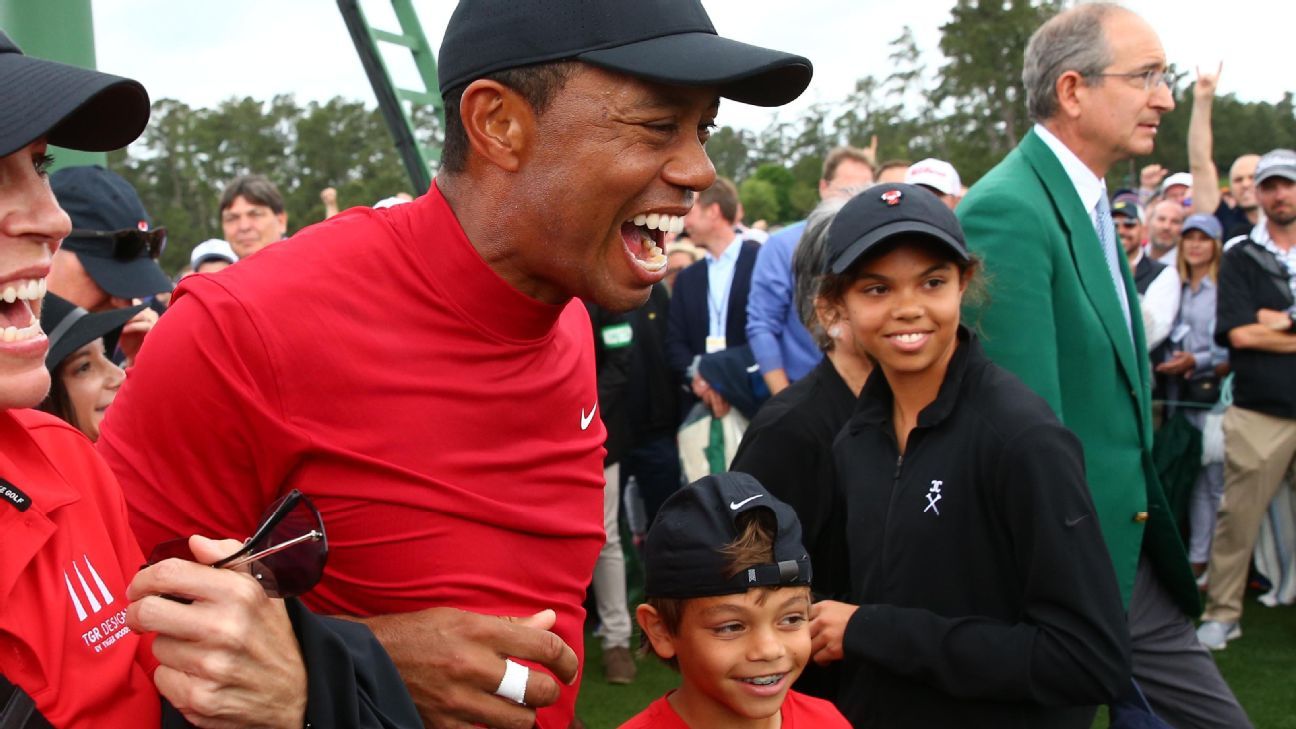 It seems that Tiger Woods‘ son Charlie has been lobbying his father for some time to play in the tournament that lets major champions compete as a team with a family member.

And it also seems that Charlie has been itching to get a piece of Justin Thomas, too.

Woods and his 11-year-old son committed recently to the PNC Championship, also known as the Father-Son, Dec. 19-20 at the Ritz-Carlton Golf Club in Orlando, Florida.

Thomas, who won the 2017 PGA Championship to become eligible for the tournament that began in 1995, is playing with his father Mike, who is a Kentucky club pro and Thomas’ coach.

“Tiger and I talked about it a bunch; he brought it up a while go that Charlie wanted to play and Charlie really wanted to play with us,” Thomas said Tuesday in Mayakoba Golf Classic in Mexico — the last official PGA Tour event of 2020. “I’ve obviously gotten to know him well and he knows my dad a little bit as well.

“For some reason, Charlie just always wants to beat me, it doesn’t matter what it is. Although he’s never beaten me in golf or a putting contest, he still talks trash just like his dad. It will be fun. We’ll have that like inner tournament within a tournament, try to shut his little mouth up, but it will be fun.”

Thomas was unsure if he and his father would be grouped with Woods and his son.

The field consists of 20 teams that will play a 36-hole scramble. Over the years, the format has been tweaked to allow for daughters and grandsons to compete with their fathers. This is the first time a player, in Thomas’ case, will have his dad play.

Others in the field include Lee Trevino, Gary Player, Greg Norman and Nick Price. It will be Woods’ final appearance of 2020 as he is not expected to play again until late January.

Woods’ son has shown promise in a few video clips that have emerged of his swing as he has competed in some junior events — sometimes with his dad caddying.

“I can’t tell you how excited I am to be playing with Charlie in our first official tournament together,” Woods said when his participation was announced. “It’s been great watching him progress as a junior golfer, and it will be incredible playing as a team together in the PNC Championship.”