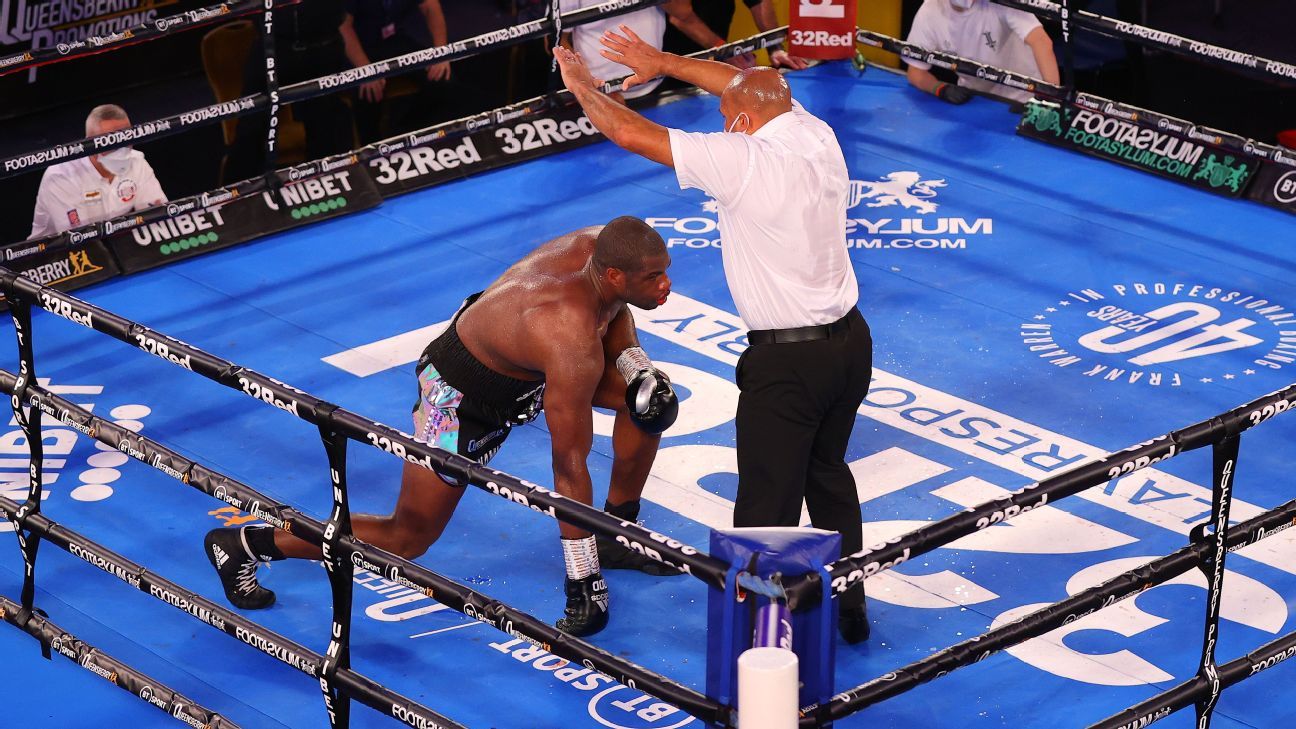 Daniel Dubois’ promoter Frank Warren has hit back at critics who accused the English heavyweight of quitting in Saturday’s knockout loss to Joe Joyce.

Dubois’ left eye was swollen shut by the time Joyce planted a jab on it in the 10th round, which was enough for him to take a knee and get counted out in a clash for the European, British and Commonwealth titles in central London.

Warren confirmed to ESPN that Dubois suffered a fractured orbital bone and nerve damage during the fight, courtesy of Joyce’s accurate work with the jab.

Dubois, who went into the fight ranked No. 2 in the world by the WBO governing body, saw a specialist on Monday to discover if he needed surgery and Warren said his decision to stop fighting perhaps saved him from suffering career-ending damage.

Dubois, 23, has been criticised by former and current boxers, such as David Haye and Carl Frampton, as well as fans on social media, for the manner of his defeat.

But Warren told ESPN: “I understand what they said but he was in pain and had already been fighting three rounds with his eye totally closed.

“Anthony Ogogo fought on when he with an eye injury when he shouldn’t have and it ruined his career. Everyone can be wise afterwards but he got caught on the eye which was damaged.

“Daniel had been telling his corner in between rounds that every time he got caught there it was excruciating and if he had fought on it could have got worse.

“They would’ve pulled him out at the end of the [10th] round anyway. He was hampered from that injury from the third round but even if he lost the next two rounds it could have been a draw.

“There was nothing in that fight, I had him [Dubois] a round up. But take nothing away from Joe Joyce, he boxed excellently, and he’s now in an excellent position.

“They have to wait for the swelling to go down before deciding what to do. It’s definitely a broken orbital bone and he’s seen a specialist to see if he needs surgery.”