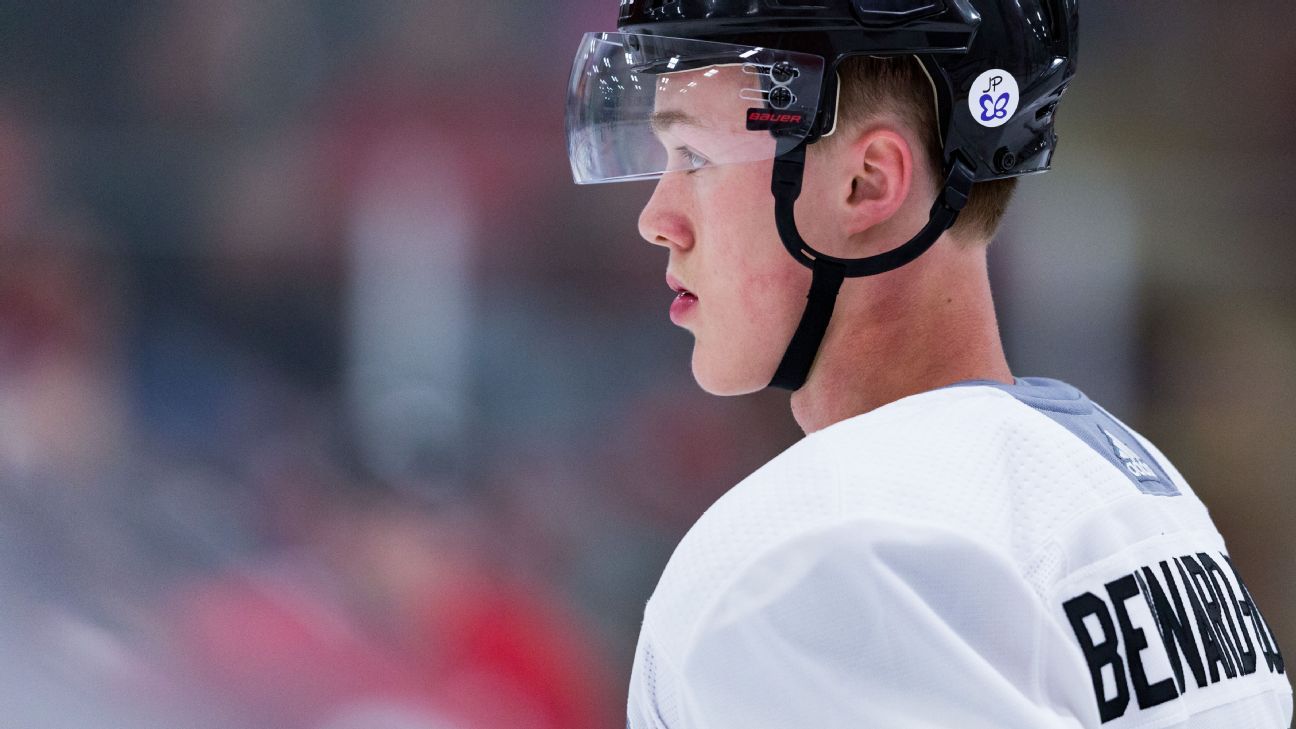 University of North Dakota players Jasper Weatherby and Jacob Bernard-Docker took a knee during the national anthem before their game against Miami (OH) on Wednesday, in what is believed to be the first such demonstration against racial injustice during an NCAA Division I men’s hockey game.

The game was held in an arena with no fans in attendance, as the National Collegiate Hockey Conference starts its season at Baxter Arena in Omaha, Nebraska, for a three-week “pod” event. North Dakota is the No. 1-ranked team in the country.

Weatherby, a junior forward, and Bernard-Docker, a junior defenseman, dropped to one knee on the blue line during the U.S. anthem. The players, who are white, room together at North Dakota.

“We believe racial injustices and the treatment of minorities and people of color in this country needs to stop, and it needs to be improved all over America and all over the world,” Weatherby told the Grand Forks Herald. “For us, being able to have a platform in a place where there aren’t a lot of people of color in hockey or in Grand Forks, it’s a really interesting position for us to be in. It’s a great platform. At the end of the day, we want UND to be a safe place.”

Weatherby said that as athletes who have a platform, he and Bernard-Docker “stand with our brothers and sisters of color.” The players are members of the UND Student-Athlete Inclusion and Diversity group.

For Weatherby, the demonstration continues a family tradition of standing up against racial injustice. His grandmother Ann Macrory was a civil rights lawyer who participated in the Selma to Montgomery marches in 1965. His grandfather Ralph Temple was also a civil rights lawyer and a member of the NAACP Board of Directors. Weatherby’s brother Kevin, who is Black, was adopted at age 8 from Costa Rica.