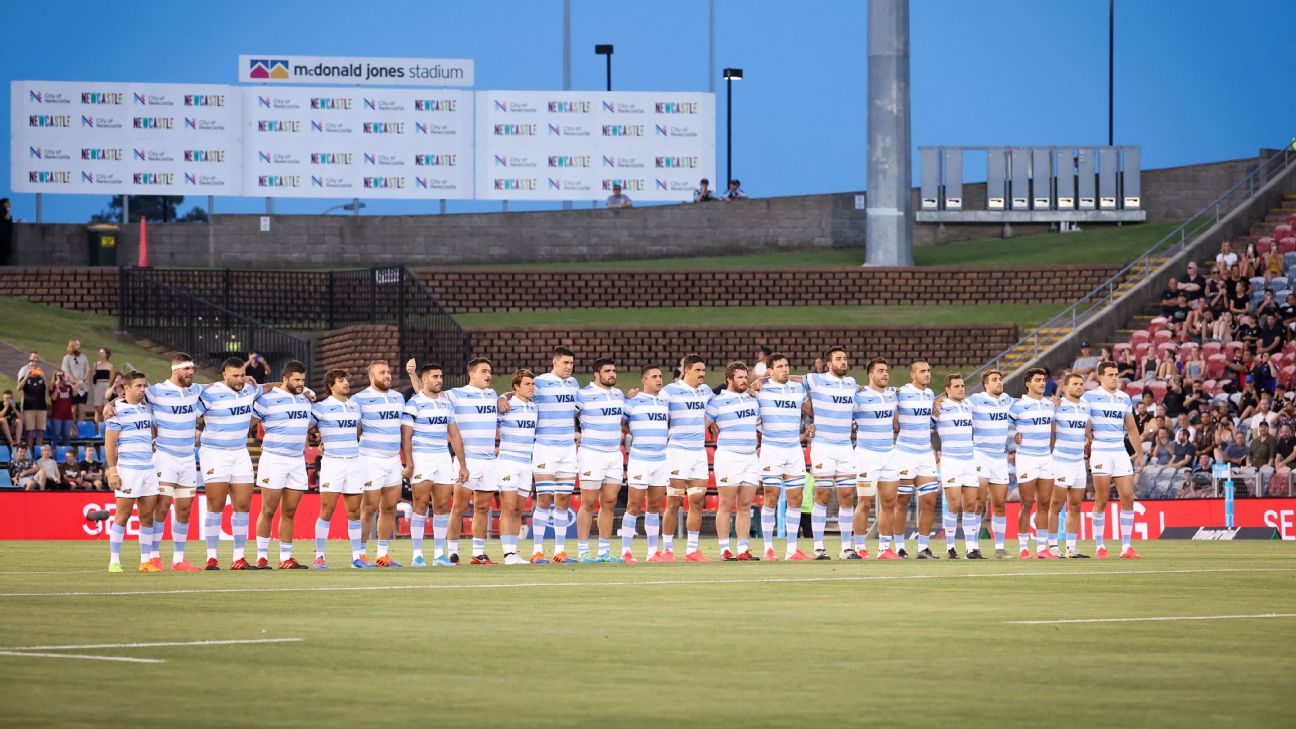 The fallout over the Argentina rugby team’s much-criticised tribute to Diego Maradona extended further on Tuesday, with some Argentines saying they will boycott the side because of what they consider an inadequate homage to the late football icon.

The Pumas, as the rugby team are known, wore what looked like black electrical tape as armbands in their Tri Nations Test loss to New Zealand on Saturday, and many Argentines felt their tribute paled in comparison to the All Blacks’.

Before performing the traditional pre-match haka, the New Zealanders laid their famous black jersey with the name ‘Maradona’ and the No. 10 on the centre spot.

“People have taken note,” Nery Pumpido, Argentina’s goalkeeper alongside Maradona in the 1986 World Cup-winning side, told the Sol radio station.

“[The Pumas] really got it wrong.”

“I am never going to watch a game of theirs again.”

Maradona, who died on Wednesday at the age of 60, led Argentina to World Cup glory in 1986 and was also adored in Italy for taking Napoli to two Serie A titles.

“We know that the tribute we chose to make to Diego at the weekend caused some pain and disappointed a lot of people,” Pumas captain Pablo Matera said in a recorded message alongside the whole squad.

“We want everyone to know that Diego is a super-important person for this team.”

The backlash came a day after years-old social media comments were unearthed to the embarrassment of three of the Pumas players, including Matera.

The Argentine Rugby Union (UAR) said in a statement on Tuesday that Matera, Guido Petti and Santiago Socino had published “discriminatory and xenophobic comments” on social media between 2011 and 2013.

Matera was stripped of the captaincy and all three were suspended pending an investigation, when the posts came to light, but the trio will remain with the Pumas camp until the end of the Australian tour.

The team has declined to comment when asked about disciplinary proceedings against the banned players, but a spokesperson confirmed on Wednesday that “they are staying here”.

The spokesperson said it was still unclear who would replace Matera as captain.

Matera, Petti and Socino have apologised for their posts, which included disparaging comments about Black people and domestic workers from Bolivia and Paraguay, but the image of the Pumas, who beat three-time Rugby World Cup champions New Zealand for the first time last month, has been badly damaged.

The Pumas round out their tour with their final Tri-Nations Test vs. Australia at Bankwest Stadium in Sydney on Saturday.