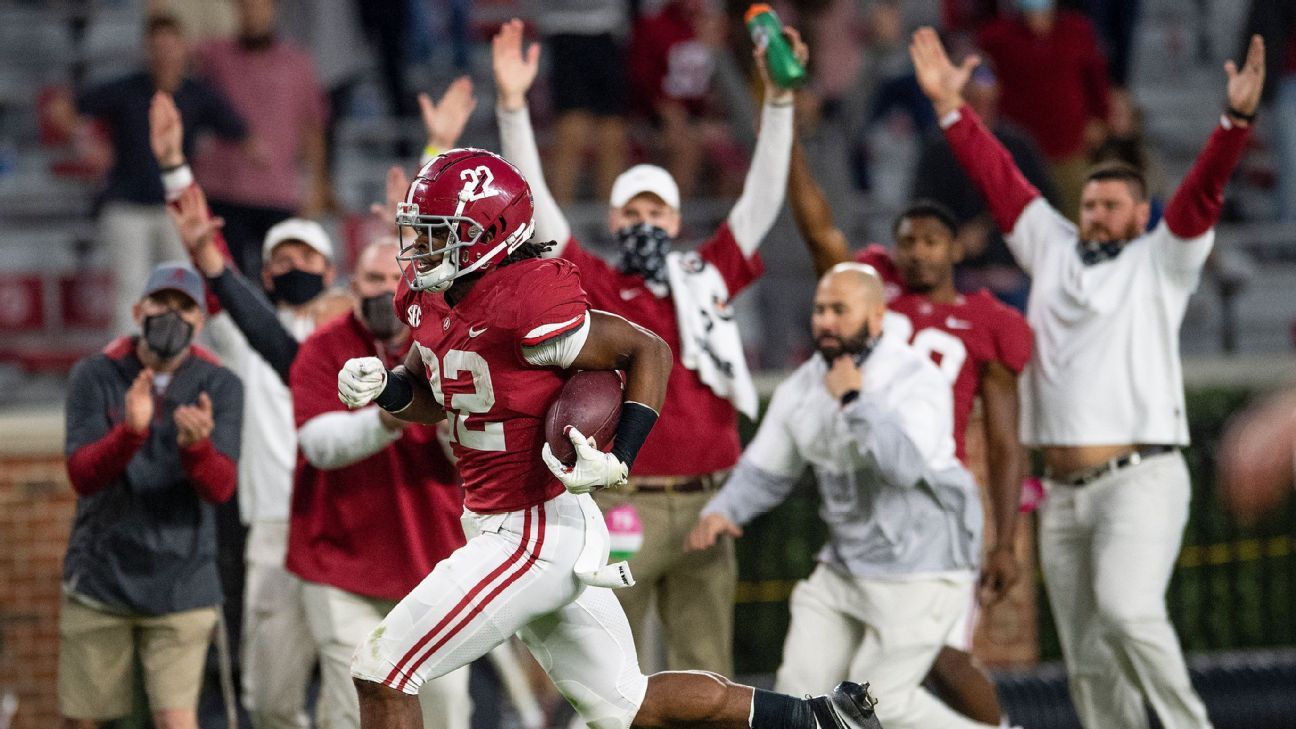 The Buckeyes stayed at No. 4 despite canceling last Saturday’s game at Illinois following an increase of COVID-19 cases in the program, which included head coach Ryan Day testing positive.

Despite playing only four games, Ohio State remains ahead of one-loss Texas A&M, which last week beat LSU at home, and one-loss Florida, which beat Kentucky at home.

The Buckeyes resumed team activities Tuesday and expect to resume play this week at Michigan State. They likely must play this week and next week to qualify for the Big Ten championship game.

Alabama and Clemson stayed put after dominant wins, while idle Notre Dame learned Tuesday that it had clinched a spot in the ACC championship game in its first season as a football member. No. 6 Florida, No. 7 Cincinnati and No. 10 Miami all held at their spots this week, while Georgia moved up one place to No. 8 following its win over South Carolina.

Northwestern was the only team in the initial CFP Top 10 to fall out, tumbling six spots to No. 14 following a loss to Michigan State, its first of the season. Iowa State is the only newcomer to the Top 10, rising to No. 9 following Friday’s road win against Texas, which fell out of the rankings. Iowa State is virtually assured of a spot in the Big 12 championship game, where it likely will face No. 11 Oklahoma.

Defending Pac-12 champion Oregon fell eight spots to No. 23 following a road loss to rival Oregon State. Washington, which improved to 3-0 after a historic comeback against Utah, makes its CFP rankings debut at No. 22. The Ducks and Huskies are scheduled to play next week at Oregon. USC, which canceled last week’s game against Colorado because of COVID-19 issues within its program, is the Pac-12’s highest-ranked team at No. 20.

Coastal Carolina rose two spots to No. 18 after improving to 9-0 on the season. The Chanticleers welcome ESPN’s “College GameDay” this week for their game against 9-1 Liberty. Louisiana, which opened the season with a win at Iowa State, rounds out the CFP rankings at No. 25.

The CFP selection committee will release rankings Dec. 8 and Dec. 15 before unveiling its final list Dec. 20.