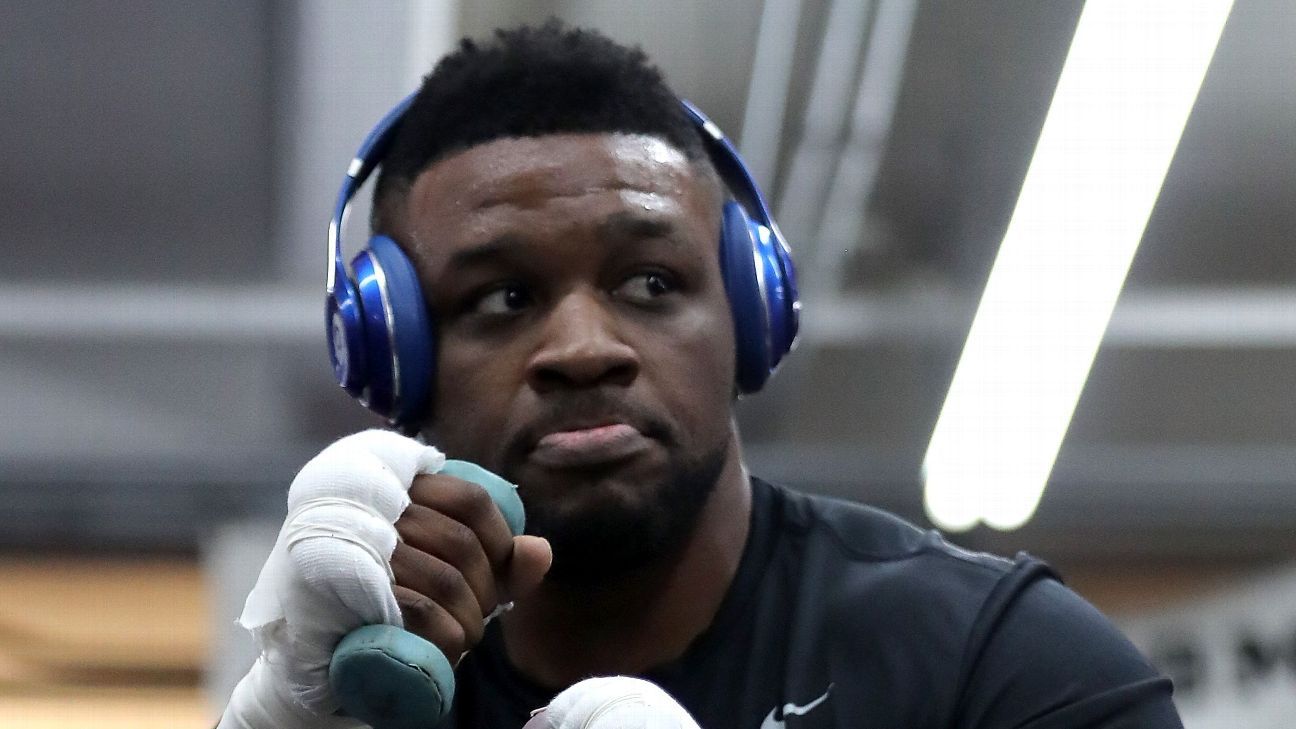 Boxing’s Jarrell Miller has been suspended for performance-enhancing drug use. Again.

The Nevada State Athletic Commission (NSAC) voted unanimously Wednesday to ban Miller, the heavyweight once tied to a big title fight against Anthony Joshua, for two years due to a positive drug test for the banned substance GW501516. Miller can get a six-month reduction to that suspension if he completes a performance-enhancing drug treatment program, as well as a random drug-testing program administered by the Voluntary Anti-Doping Agency (VADA) at cost to the fighter.

Miller, 32, was scheduled to fight Jerry Forrest on July 9, 2020 in Las Vegas, but failed an out-of-competition drug test leading into that bout and was forced to withdraw.

In an interview last June with Fight Network, Miller said he has never taken “a steroid for performance-enhancing purposes,” but has used drugs to heal injuries.

“Did I take something for healing properties, for injuries?” Miller said. “Yes, I have. But to win a fight and during a training camp? No, I have never done that.

Miller (23-0-1) has 20 knockouts in 23 pro victories. The Brooklyn native has not fought since a 2018 win over Bogdan Dinu to claim the WBA-NABA interim and WBO-NABO heavyweight titles.

Also on Wednesday, the Nevada State Athletic Commission (NSAC) suspended UFC welterweight Niko Price six months due to a positive drug test for cannabis in relation to his Sept. 19 fight with Donald Cerrone in Las Vegas. The bout, which was ruled a majority draw, has now been overturned to a no contest due to the positive test and Price will be fined $8,500.

This was Price’s second time losing a result due to a positive marijuana test. Price had a February 2017 knockout win over Alex Morono in Texas overturned to a no contest by the Texas Department of Licensing and Regulation after testing positive for weed.

The Nevada commission suspended UFC fighter Marc-Andre Barriault for nine months and fined him $2,100 for a positive drug test for the banned substance ostarine. The positive test was in relation to Barriault’s June 20 fight with Oskar Piechota. Barriault won that bout by second-round TKO, but that result has now been overturned to a no contest.