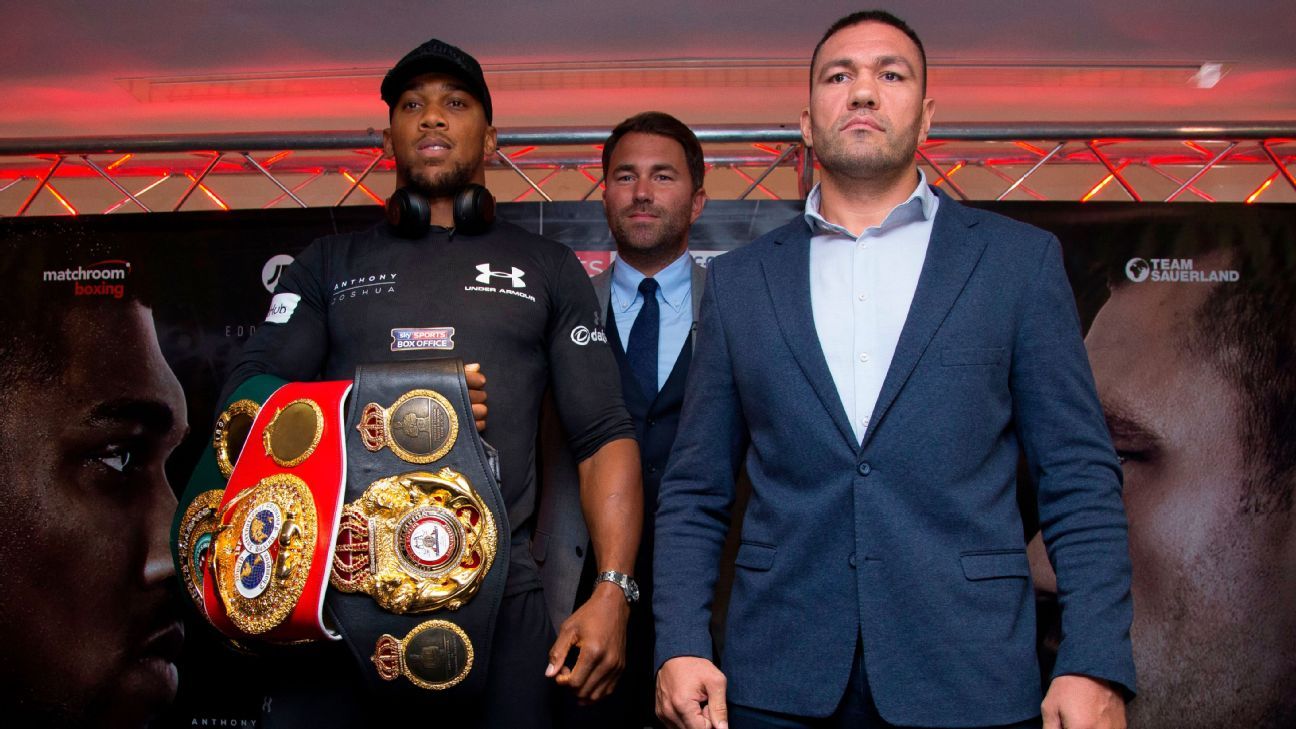 Anthony Joshua’s heavyweight world title defence against Kubrat Pulev will have 1,000 supporters present at the SSE Arena in Wembley, London on Dec. 12.

It will be the first professional boxing event in the United Kingdom with fans present since March due to government restrictions to stop the spread of coronavirus.

The fight has also been moved from the O2 to Wembley due to promoter logistics.

Cheapest seats for WBA-IBF-WBO champion Joshua’s first fight for a year are £100 each, with VIP tickets costing £1000.

The person booking can only attend with people from their own household and identification including address will be required on entry.

“I can’t tell you how happy I am to see fans returning to our live boxing events,” Matchroom promoter Eddie Hearn said in a statement.

“Whilst the team have done an incredible job over the last 10 months we live and breathe through the energy and atmosphere that a live crowd generates. It’s so fitting that they can return for an AJ fight, when through the last few years he has broken all kinds of attendance records in the UK and beyond. This is such a positive move for boxing and all sport.”

Joshua’s mandatory defence against Bulgaria’s Pulev (28-1, 14 KOs), 39 was due to take place in June at the Tottenham Hotspur Stadium in London with over 60,000 spectators, but it was postponed due to coronavirus restrictions.