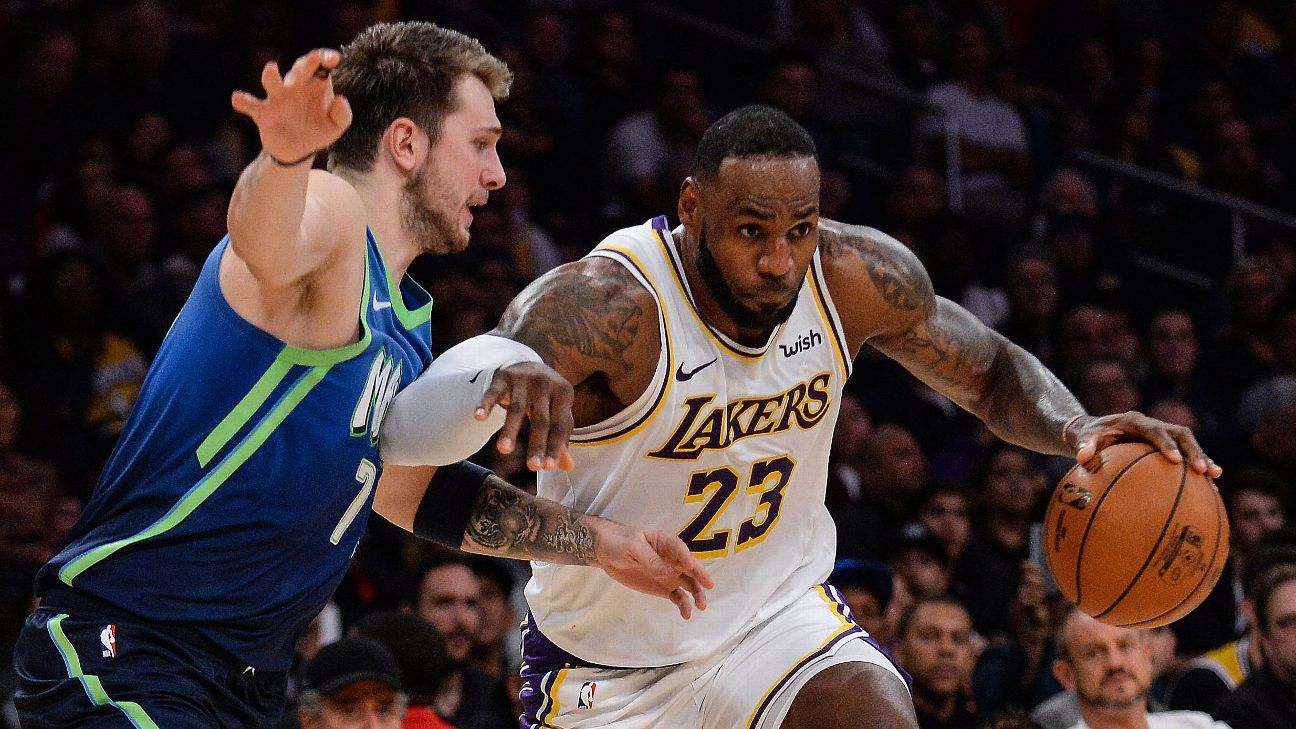 The NBA’s Christmas Day schedule is set, and all five matchups are packed with star power.

Stephen Curry, back from a broken left hand, leads the Golden State Warriors against reigning two-time MVP Giannis Antetokounmpo and the Milwaukee Bucks.

Brooklyn Nets star Kyrie Irving makes his much-anticipated return to Boston after missing both meetings last season due to injury — and he’ll have a healthy Kevin Durant by his side.

Here’s what you need to know about the five-game feast on ESPN, ABC and the ESPN app.

Once again, the NBA is featuring Zion Williamson in one of its showcases.

His debut game in summer league in July 2019 drew a line of fans around the building, though Williamson played only eight minutes. The league tried to highlight Williamson last season on both opening night and Christmas Day but he was sidelined until January by an injury suffered in the preseason. The Pelicans were also picked to start the bubble on national TV but, again, Williamson was only able to play 15 minutes.

Finally, Williamson gets his chance to be a major presence on the NBA’s marquee day, alongside newly inked max-contract star Brandon Ingram.

And, of course, everyone could use a dose of Jimmy Butler on Christmas Day.

This Bucks-Warriors showdown has the makings of a holiday classic. Both teams have a point to prove after disappointing finishes to the 2019-20 season. Golden State missed the postseason for the first time since 2011-12, while the Bucks endured a disappointing second-round exit. And both groups will be looking to quickly find chemistry with new lineups.

“I’m not sure there’s a more underrated guy in the NBA,” Bucks guard Pat Connaughton said of Holiday. “I think if you couple him with Khris [Middleton] and Giannis, that’s a big deal and I’m not sure a lot of people have really explained how big of a deal that is but that’s kind of what we like.”

For Golden State, the impact of losing Klay Thompson for a second straight season after he tore his Achilles will be huge, but the current lineup at least has a healthy Curry and Draymond Green supported by Andrew Wiggins, No. 2 overall pick James Wiseman and wing acquisition Kelly Oubre Jr.

Just two years ago, Irving stood inside Boston’s TD Garden and announced he was hoping to stay with the franchise for years. He was gone after that season. Now, Irving makes his long-awaited return to the building in a Christmas Day duel — and after missing both games in Boston last season because of injury, he once again won’t have to deal with booing fans.

This game also provides a national stage for the Irving-Kevin Durant pairing against a talented Celtics team that believes it can take the East. Young Celtics stars Jayson Tatum and Jaylen Brown will be looking to show just how much their respective games have developed since Irving left for Brooklyn. And aside from the emotions surrounding Irving’s return, this will be an early test to see if Durant is looking like his old self against a young and hungry team. He has not played since rupturing his Achilles in Game 5 of the 2019 Finals.

If the dynamic All-Star duo passes this early Christmas test, it could provide a warning to the rest of the league of just how talented the Nets can be this season when their stars are on the floor and creating easy opportunities for teammates.

In November 2018, Luka Doncic sheepishly lingered outside the Lakers locker room at Staples Center so a security guard could hand him an autographed uniform from his childhood hero, LeBron James. Now, Doncic will try to hand James a loss on Christmas Day.

The NBA pitting the Mavericks against the defending champion Lakers on a marquee day on the league’s calendar speaks to Doncic’s rapid rise. As compelling of a team matchup as it would be to see the Lakers engage in a Finals rematch with the Heat, or even face the former champion Warriors, or add another chapter to the growing Lakers-Clippers intrigue, the NBA has always been about its star system and there’s nothing in today’s game that can rival LeBron vs. Luka.

In Doncic, Dallas has a star whom many around the league foresee winning multiple MVPs and rings. In James, the Lakers have someone helping to return the franchise to its past glory as he strives to add even more MVPs and rings to his resume (he has four of each).

The NBA picking this Christmas Day pairing also shows the pivotal place in which the league finds itself. James is its face, but at almost 36 and entering his 18th season, his contemporaries have either retired or transitioned into role players. The stars a half generation behind are either coming off injury (Curry, Durant and Irving), have yet to win a championship to validate their standing (Antetokounmpo, James Harden, Damian Lillard, Russell Westbrook, Joel Embiid and Butler) or don’t have the charisma or interest to emulate James’ star status (Kawhi Leonard and Anthony Davis).

Add in the injury troubles that Zion Williamson had his rookie season, and the lane has been cleared for the 21-year-old Doncic to carry the torch for years, the way James was counted on from an early age.

When we last saw the Clippers, Paul George fired a corner 3 off the side of the backboard.

It cemented the lasting symbol of the Clippers’ embarrassing 3-1 collapse in the second round of the playoffs. Just over three months later, the Clippers face the Nuggets again and Nikola Jokic will again try to play spoiler.

A lot has changed since the two teams last faced each other. In LA, head coach Doc Rivers and reigning Sixth Man of the Year Montrezl Harrell are gone. The Clippers are banking on new coach Ty Lue and a revamped staff to unlock the chemistry. And they need free-agent signing Serge Ibaka to play better defense against Jokic than Harrell did.

Former Clipper JaMychal Green will be on the Nuggets side after signing with Denver in free agency and delivering a blow to the LA rotation. The Nuggets will need Green to help offset the loss of Jerami Grant, who signed with the Detroit Pistons after his breakout postseason.

But this budding rivalry should come down to the main characters, as it did in the playoffs. Jamal Murray and Jokic will play on the NBA’s showcase Christmas stage looking to take the next step after their run to the Western Conference finals in the bubble. They hope to show a national audience that they are the Lakers’ chief competition in the Western Conference. Leonard and George will be looking to re-establish the Clippers as title contenders and try to erase the memories of their collapse.