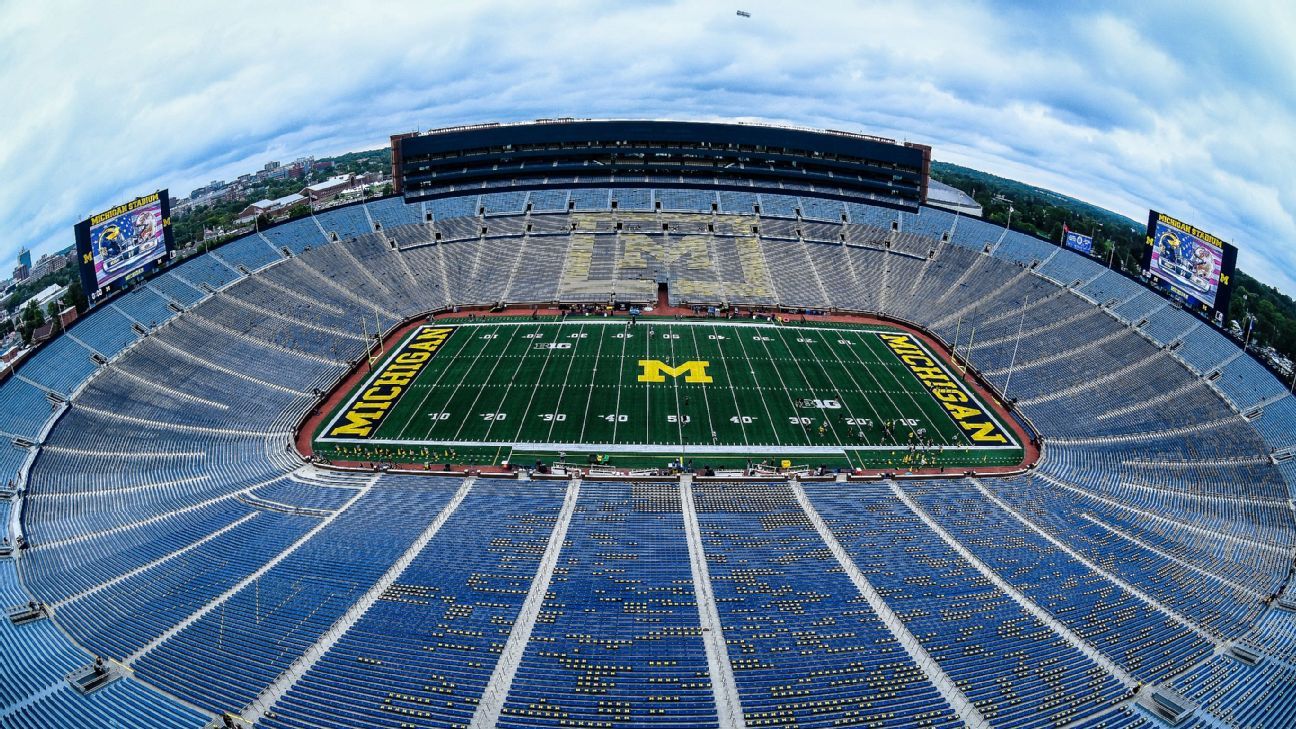 Michigan has cancelled its game against Maryland this weekend, after moving all football activities virtual earlier this week due to a rise in COVID-19 cases within the program, it was announced Wednesday.

The decision to cancel the game as well as pause practices was made in consultation with medical professionals, who will ultimately determine when practices will be able to resume.

The earliest Michigan will be able to get back on the practice field is Dec. 7.

“The decision by our medical professionals to stop practices and cancel this Saturday’s game against Maryland was made with the health, safety and welfare of the student-athletes, coaches and staff as our utmost priority,” Michigan athletic director Warde Manuel said in a release. “We have seen an increase in the number of student-athletes unavailable to compete due to positive tests and associated contact tracing due to our most recent antigen and PCR testing results.”

The game against Maryland was Michigan’s last scheduled home game and, with losses in all three home games this season, this is the first time Michigan has not had at least one home win in program history.

The Wolverines are 2-4 on the season and still have Ohio State remaining on the schedule in Columbus. With this game being canceled, there is no guarantee Michigan and Ohio State will play in the annual rivalry game.

If The Game is canceled next weekend as well, it would put Ohio State under the minimum six games required by the Big Ten to participate in the Big Ten Championship game. The caveat being if the average number of games played for each team within the conference falls below six, in which case the Buckeyes would qualify.

Maryland is still practicing this week and is now preparing for its game against Rutgers on Dec. 12.