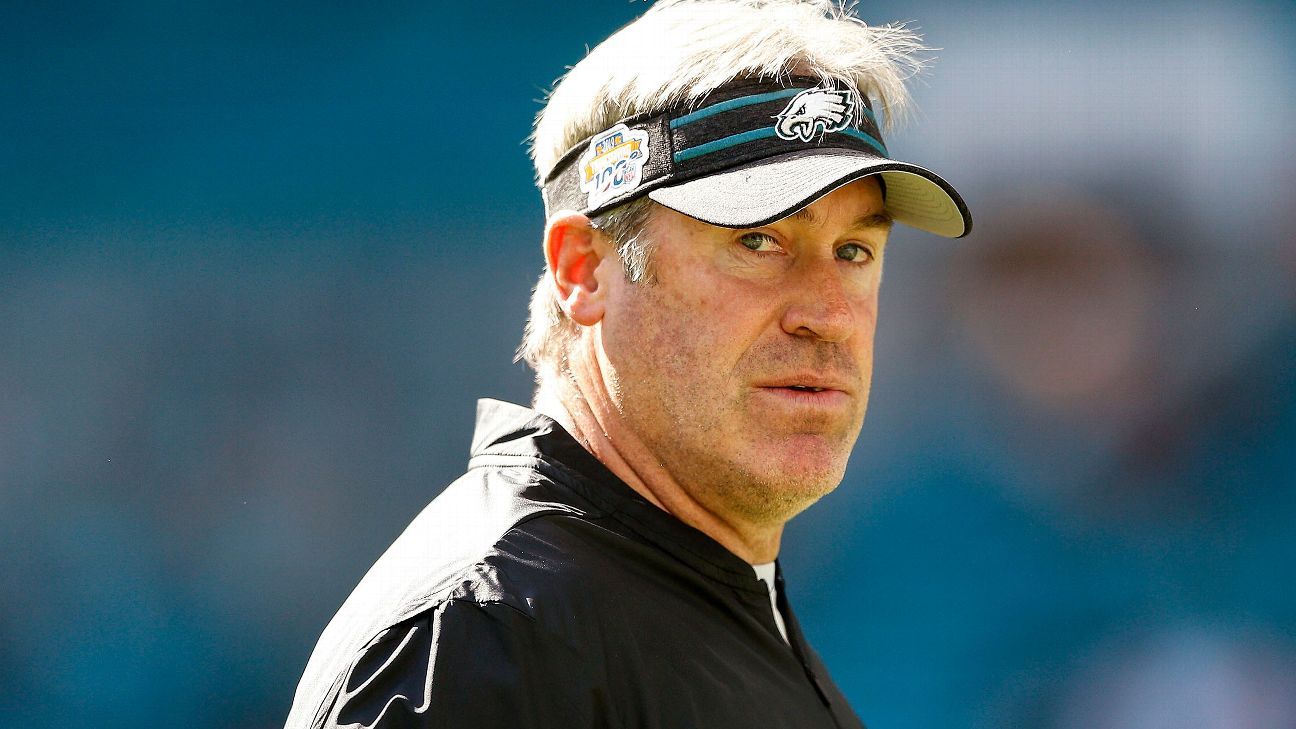 Philadelphia Eagles coach Doug Pederson said he has received no assurances from the front office that he will keep his job for the remainder of the season, but is “not going there mentally” when it comes to his job security.

“Listen, I’ve been around this league a long time, 25 years I believe as a player and a coach, and we’re always based on and evaluated on our performance,” he said. “Right now, that’s obviously not my concern as far as that decision goes. That’s out of my hands. But what’s in my hands and in my control is getting the team prepared and ready for Green Bay this weekend.”

The Eagles are in the midst of a three-game slide that has dropped them to 3-7-1 on the season and into third place in the historically bad NFC East. Quarterback Carson Wentz has regressed dramatically in Year 5 and the offense has tied a season low in points with 17 in each of the last three weeks.

Pederson said that temporarily giving up playcalling is “on the table” — the first time he’s been open to the idea publicly — but suggested a change there wasn’t imminent.

With facilities across the NFL closed Tuesday, Pederson did his day-after news conference from his home office. In the background was a towering bookshelf lined with awards and memorabilia. Dominating the scene just off to his right was a replica of the Lombardi Trophy — a not-so-subtle reminder of the unparalleled heights he helped lift this franchise to a short time ago.

It was with that backdrop that Pederson faced questions about his job security for the first time.

He has guided the Eagles to the playoffs in each of the last three seasons, starting with their Super Bowl run in 2017, but the offense has grown stagnant over the last two years. That has not gone unnoticed by owner Jeffrey Lurie, who skipped their Week 11 game at the Cleveland Browns in part out of frustration, sources told ESPN.

With the team reeling, there are some on the inside who believe that Pederson needs to lead Philadelphia to a division title in 2020 to keep his job.

“Our relationship is good. We communicate a lot throughout the week,” Pederson said of Lurie. “We have our typical weekly meeting and cover a lot of ground.

“But that relationship is good. Listen, some of these questions might be for Mr. Lurie obviously, but my job is to prepare the team and get ready for Green Bay.”