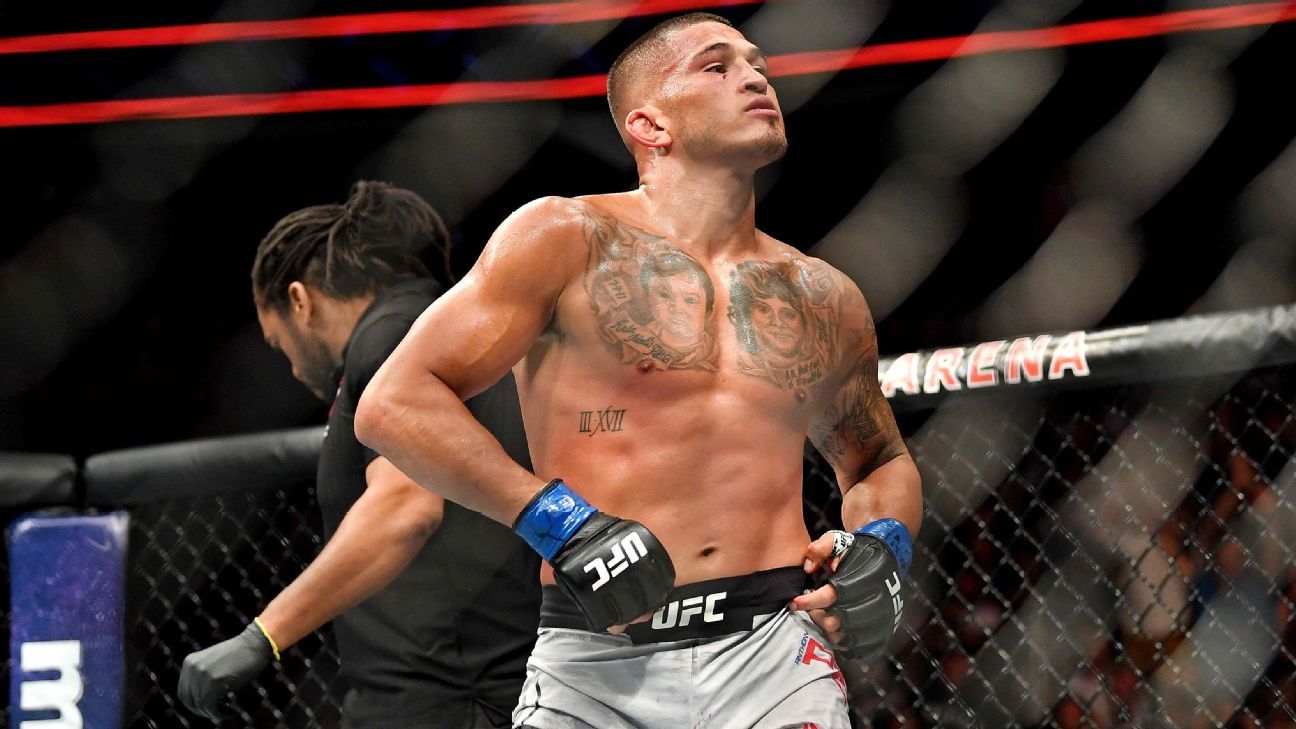 Former UFC lightweight champion Anthony Pettis has decided to squeeze one more appearance into 2020, on less than three weeks’ notice.

Pettis (23-10) will face Alex Morono (18-6) at UFC Fight Night on Dec. 19 in Las Vegas. Contracts have not been signed, but both sides have agreed to the welterweight matchup.

“I was actually trying to get a fight for a while now,” Pettis told ESPN. “My mindset has been so sharp. I’ve gone back to being a student of the game and I feel myself moving over this plateau. I feel like I was plateaued for a while and it was just never-ending, but last month I went to Colombia and got a stem-cell injection and I’ve been working with a sports psychiatrist. I have these tools in my mental game and I’m eager to put them to use. I’m making real progress as a martial artist and it’s felt so good to reinvent myself.”

Pettis, 33, has mixed up his training in recent months as well. He has been working on his kickboxing at One Kick Nick’s with former UFC lightweight Anthony Njokuani and his younger brother Chidi Njokuani. He has also been training Brazilian jiu-jitsu with Robert Drysdale in Las Vegas. Pettis is still affiliated with his longtime home of Roufusport in Milwaukee.

The former 155-pound champion will be seeking his first win streak since 2014. He is coming off a win over Donald “Cowboy” Cerrone in May.

“I’m not obsessing about getting back to a belt, or getting that next spot,” Pettis said. “This is my first chance to get back-to-back wins in a while. Let’s start back over, take this one step at a time. I feel amazing at 170 pounds. This opportunity opened up and I couldn’t say no to it.”