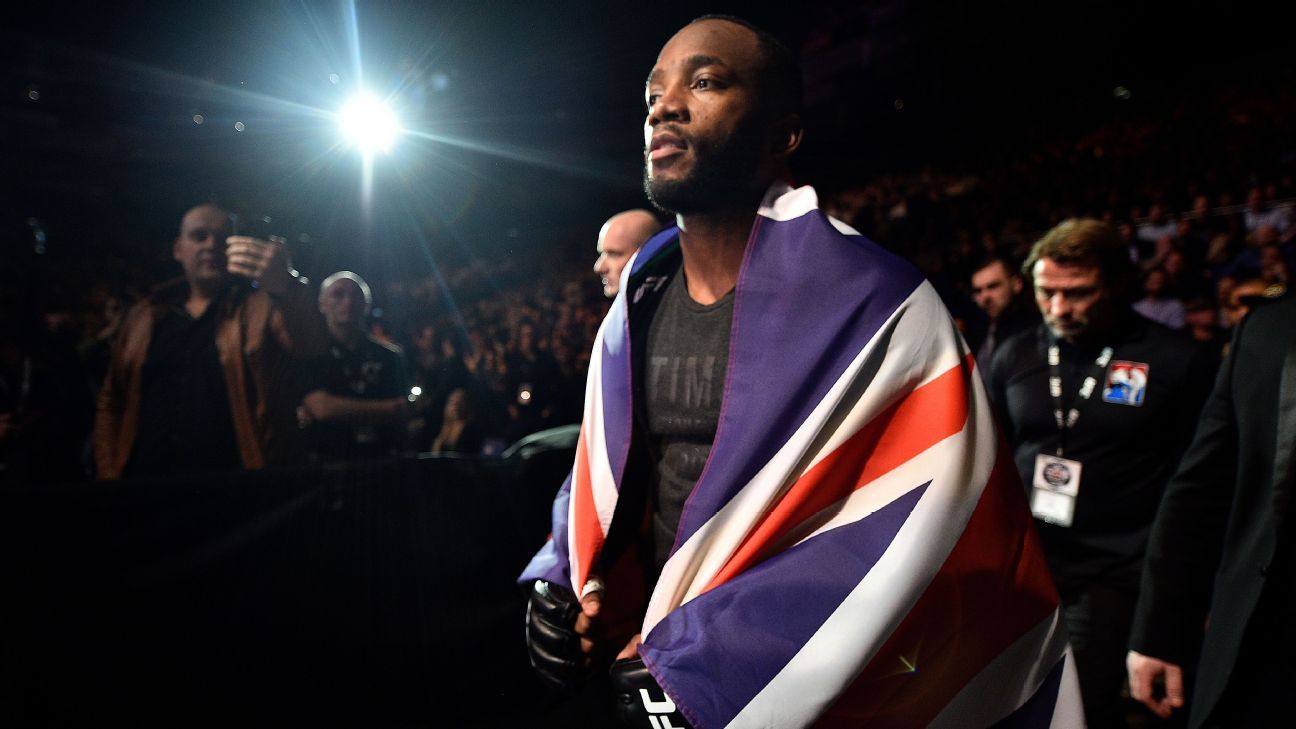 The highly anticipated Leon Edwards vs. Khamzat Chimaev fight isn’t happening on Dec. 19 after all.

The main event fight, which was slated to be the UFC’s final one in 2020, has been canceled after Edwards recently tested positive for COVID-19, sources told ESPN. The promotion is hoping to rebook the fight in early 2021, sources said, but a date has yet to be finalized.

Edwards’ case was severe. He hasn’t been able to train at all and lost 12 pounds in four days, sources told ESPN’s Brett Okamoto. He’s currently in the process of recovering at home.

Edwards (18-3) has won his last eight bouts in a row but hasn’t fought since July 2019. He was scheduled to fight Tyron Woodley on March 21 in London, but that fight was canceled because of the coronavirus pandemic.

Chimaev (9-0) is 3-0 in the UFC. He most recently knocked out Gerald Meerschaert in 17 seconds in September. Edwards would have been his first ranked opponent in the UFC.

The UFC is considering bumping the Geoff Neal vs. Stephen Thompson fight, which was already set for the Dec. 19 card, to the new main event spot, sources said.