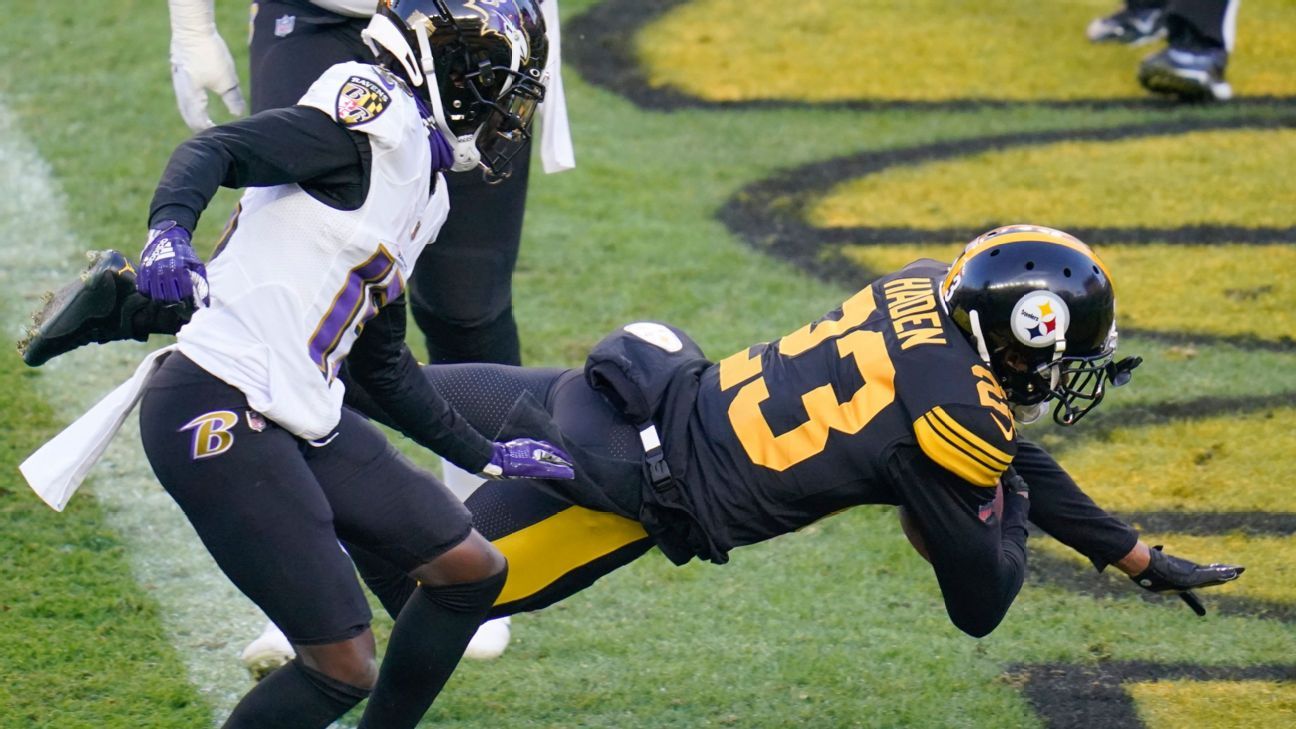 Less than halfway through the first quarter of the long-awaited Pittsburgh Steelers–Baltimore Ravens meeting, the game is just as weird as one played at 3:40 p.m. on a Wednesday deserves to be.

This time, cornerback Joe Haden intercepted Robert Griffin III, playing in place of Lamar Jackson on the COVID-19 list, at the Baltimore 14. He returned it to the end zone, picking up the first points of the game. It’s the second interception Griffin has thrown against the Steelers in as many games.

The Ravens obtained the possession when Ben Roethlisberger threw a pick in the end zone out of an empty set on fourth-and-goal from the one just a couple plays earlier.

And, the Steelers gained that possession on a fumble by running back Gus Edwards on the hand off. It’s exactly the kind of weirdness we all deserve for a game delayed three times and kicking off late Wednesday afternoon to preserve the time of a tree lighting.

CB Joe Haden picks off RG3 and takes it to the house pic.twitter.com/37riRgd