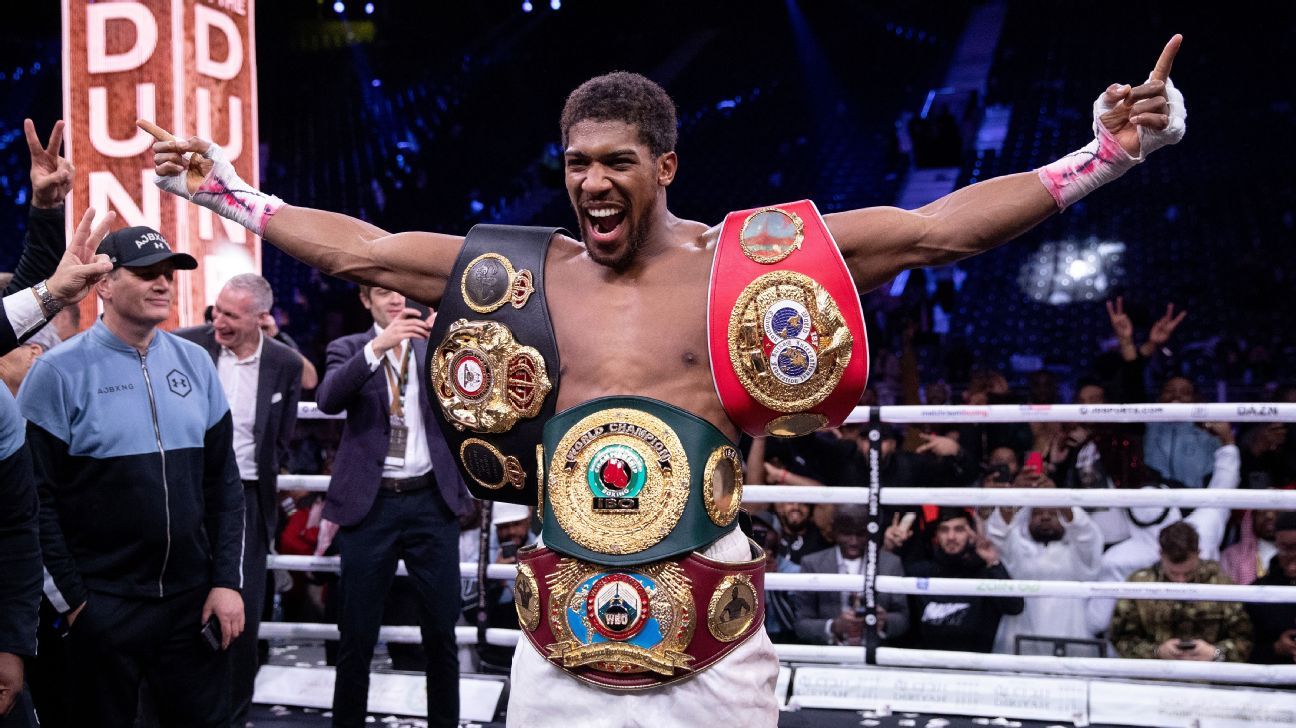 Promoters of Joshua and Fury have talked about the Englishmen meeting for all four major world titles, but Deontay Wilder insists he has a contractual right to a third fight with Fury next and has taken legal action.

Joshua (23-1, 21 KOs), 31, defends his WBA, IBF and WBO belts against Bulgarian Kubrat Pulev in London on Dec. 14 and he is wondering if a victory would set up a different fight to Fury.

Joshua says Usyk (18-0, 13 KOs), the former undisputed world cruiserweight champion who is the WBO mandatory challenge, is a stronger possibility for 2021.

“Then you have got Usyk and he seems to be just straight. You hear he is fighting Derek Chisora and he fights him; you hear he is fighting [Chazz] Witherspoon and he fights him. I go off people who are serious. If Fury is serious and keen then the fight will happen. Honestly, I’m keen to test myself. He’s supposed to have the real boxing IQ, so it’s going to be a really good challenge. I’m keen to compete with him, no problem. But whether he’s ready that’s a whole other story because of the issues he faces during his career.

“I don’t know what will happen in 2021 but if I was to bet all my money on it I would say Usyk because he is with Matchroom, straight forward fight, and his track record shows when he says he is going to fight someone, he does.”

“They are so different in stature and technical ability but they still possess so much danger,” Fury told ESPN. “Every fight is like a banana skin. Usyk or Fury possess big dangers, I couldn’t say who is better, they are definitely dangerous.”