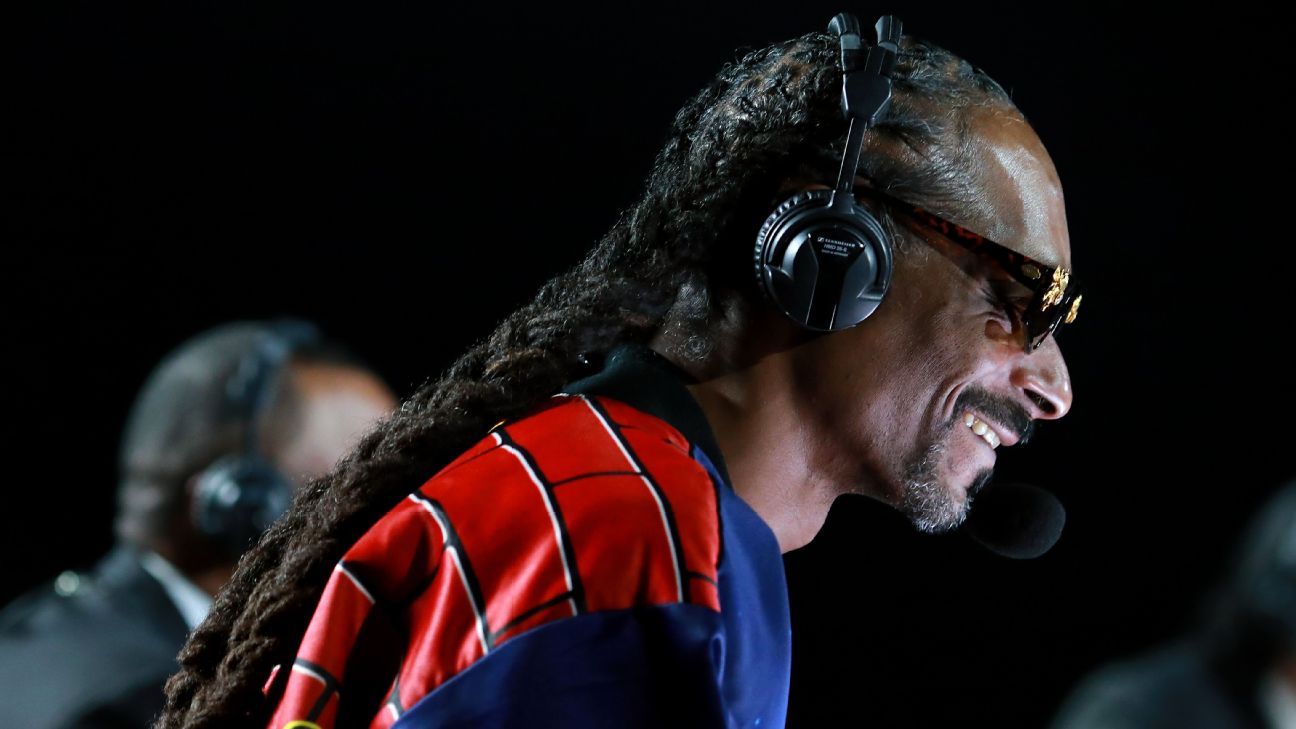 Snoop Dogg is coming to boxing on a more permanent basis.

The legendary rapper announced Tuesday he is partnering with Triller, an entertainment and music platform that put on Saturday’s Mike Tyson-Roy Jones Jr. fight, to create a new boxing league called The Fight Club. The league will have multiple events per year, with Snoop Dogg as the host and announcer.

The Fight Club will have five to eight events per year, according to a news release issued by Snoop Dogg and Triller, with a similar layout to how Saturday’s Mike Tyson-Roy Jones Jr. card was produced by mixing boxing and musical acts. Snoop Dogg was a commentator on the pay-per-view event and also performed, along with Wiz Khalifa, Ne-Yo and others.

Snoop Dogg and Triller are now trying to build on the Tyson-Jones Jr. fight with the creation of The Fight Club. According to the release, the league will be like the Tyson-Jones Jr. card, “connecting celebrities from various backgrounds, from breakout social media stars and professional athletes renowned for their athletic abilities to celebrated musicians and well-known actors and other stars willing to tackle a new venture and enter the world of boxing, as well as pro boxers making their way up.”

While the league has the option to pick up potential future events involving Tyson, it is a separate entity from Tyson’s Legends Only League, which was kicked off with the Tyson-Jones Jr. fight. The Fight Club is hoping to have their first fight card early next year.

Snoop Dogg, according to the release, will help with fighter and musical artist selection along with overall production of the events.

“Up until this weekend, boxing was about the experience of one small group of elite individuals who attended the fight in person,” said Ryan Kavanaugh, the co-founder of The Fight Club, in a release. “What we wanted to create with the Tyson vs. Jones event was an experience for all of the viewers at home, combining the highest-end production and lighting and a production quality never before brought to a fight.

“Today marks a paradigm shift as Triller and Proxima’s ‘The Fight Club’ dedicates itself to delivering top-notch immersive experiences in the comfort of your home.”

Proxima, which is Kavanaugh’s company, will be the league’s promoter and marketer. Kavanaugh has a Hollywood background as an executive producer, with “Talladega Nights: The Ballad of Ricky Bobby,” “Charlie Wilson’s War” and “Zombieland” among his credits.