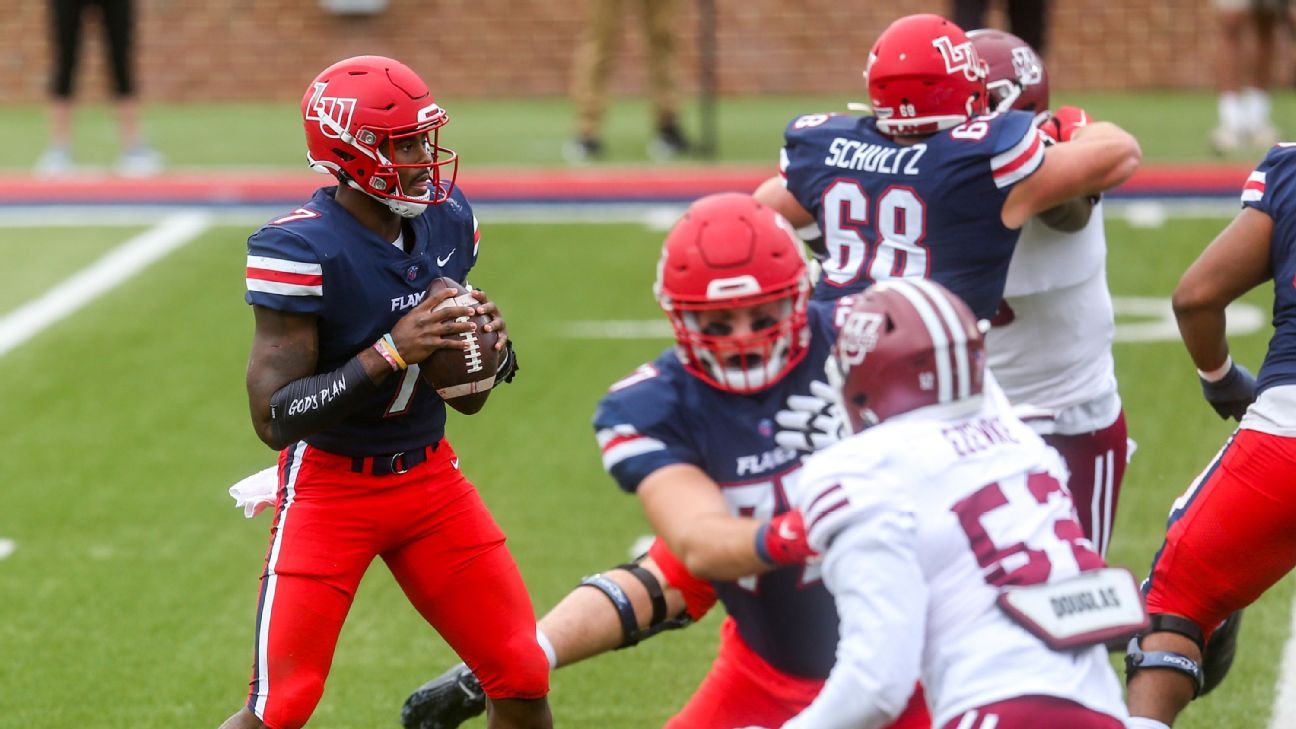 A bout of COVID-19 issues within Liberty‘s football program has put the AP Top 25 matchup between the Flames and Coastal Carolina on Saturday in jeopardy, sources told ESPN.

Liberty officials expect to know by Thursday if the Flames will be able to play in the game after conferring with medical officials. If Liberty is unable to play, sources told ESPN that BYU and Coastal Carolina are nearing an agreement to play instead on Saturday at Brooks Stadium in Conway, South Carolina.

ESPN’s College GameDay is set to broadcast from the Coastal Carolina campus on Saturday.

BYU (9-0) has only one other game scheduled, against San Diego State on Dec. 12, and hasn’t played since Nov. 21. BYU, ranked No. 13 in the latest College Football Playoff rankings, has been seeking additional games during the layoff.

Coastal Carolina (9-0) is No. 18 in the latest College Football Playoff rankings and off to its best start in school history. The Chanticleers are in only their fourth full season as FBS members.

These are the first issues that Liberty (9-1) has had with COVID-19 this season. Even if the Flames are able to play in the game, they will be without star quarterback Malik Willis, who, sources told ESPN, tested positive for COVID-19 on Sunday and subsequently tested positive two other times this week.

Liberty coach Hugh Freeze declined to talk about the specifics of this week and told ESPN, “I’m in the office working on the game plan for Coastal Carolina until I’m told otherwise.”

Liberty has practiced all week without Willis, as well as all but one member of the defensive coaching staff, because of COVID-19-related issues. In addition to Willis, at least 10 other Liberty players have tested positive or been quarantined as part of contact tracing protocols, according to sources.